The pairing of Genovés II and Raul was the winner of the XIII Trofeo Ciudad de Denia ball in the form of Escala i Corda, I played in the Trinquet The Rovellet Denia. They managed to defeat in the final the trio of Rodrigo, Felix and Carlos by 60 40 to. 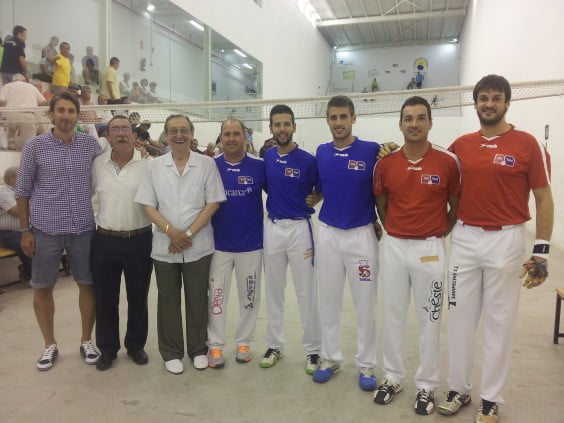 It was a game that did not disappoint the large crowd that attended the Trinquet El Rovellet. The duo started with some doubts and that the trio took the opportunity to take the lead in the game and on the scoreboard.

With the passage of minutes, Genovese and Raul came into play and managed to tie the first 35 and 40 shock. They were very confident in their game against rivals who were gradually losing confidence.

In the end the victory went to Genovés II and Raul showed his great form, scoring in 60 40 showed to what happened on the track Dianense trinquet.