The Week against Gender Violence of UNED Dénia ends

The Week against Gender Violence that took place on November 23, 24 and 27 at the UNED Dénia and its classroom in Benidorm has ended. 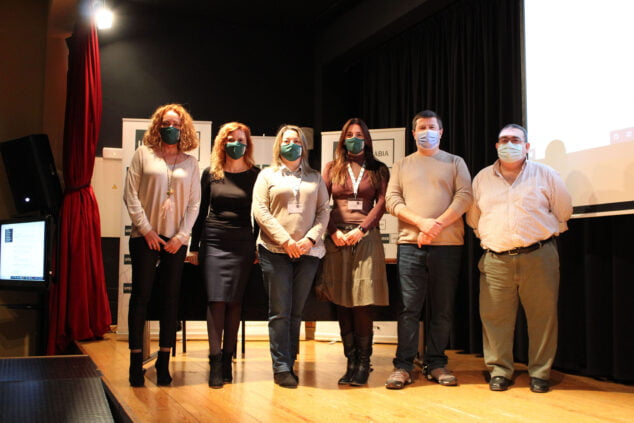 Speakers of the Week against Gender Violence of UNED Dénia

The event has been organized by the CA UNED Dénia with the collaboration of the City Councils of Dénia and Benidorm. The conferences have been given by the Equality Observatory of CA UNED Dénia. The course could be followed online or in person. This activity is related to objective 5 of the United Nations Development Goals.

On Monday, November 23, began with the presentation of Ms. Raquel Martí Signes, Director of the CA UNED Dénia, who after welcoming, highlighted “The issue of new technologies is important since the use of technologies by, especially, adolescents has increased, at the same time as Gender violence has increased by 40% among them in recent years according to data from the ANAR Foundation. It is a tremendously alarming fact, especially if we consider that one in four under the age of 30 thinks that certain control behaviors are part of the normality of the couple. Nothing is further from reality, the normalization of overprotective attitudes and the demand for total dedication are at the root of gender violence. "

The day continued with the conference "Digital Gender Violence: new manifestations of crime" by Lorena Pérez Sánchez, Head of Training at the UNED Dénia Equality Observatory, who analyzed the evolution of networks from a historical point of view, later explaining the characteristics of online gender violence as opposed to offline gender violence and the new types of gender violence arising through the use of ICTs. Lorena Pérez Sánchez commented that “there is an increase in damage to the victim because it can be reproduced many times, the spread can be immense, a problem that before could be cut locally, now, at the click of a button, in the blink of an eye of eyes, it can be a problem at a national level or at a global level ”. 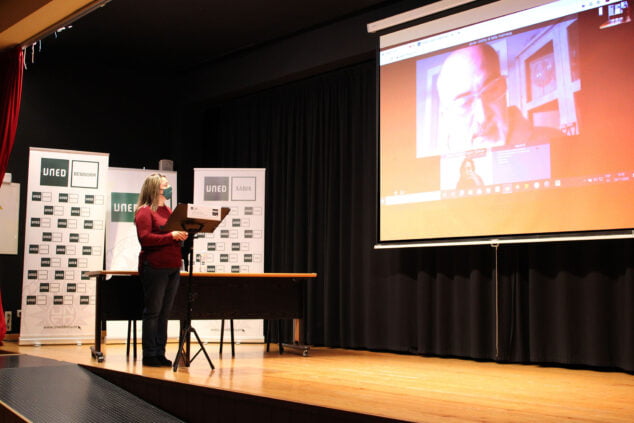 This was followed by the presentation "ICTs, their use as weapons of control and domination" by Beatriz Gonzalo Gamo, UNED Dénia Psychology Tutor, who highlighted that "Gender violence in the digital field is all forms of discrimination, harassment, exploitation, abuse and aggression against women that occurs through the use of social networks, emails, mobile phones and any means within ICTs and also entails different effects on a physical, psychological, sexual and economic level ”.
After the break, in the exhibition "Cybersecurity: Prevention and protection measures" "by Salvador David Canet Alemany, the concept of cybersecurity was explained and the main general prevention and protection measures were detailed, making an analogy between the protection of our home and the protection of all our data, devices and files.

Monday afternoon ended with the conference "Attitudes for protection against the dangers of Social Networks" by Cristina Cano Jurado, Health and Educational Psychologist, Tutor Professor of the Associated Center of the UNED of Dénia and Benidorm. Cristina Cano Jurado commented that “Protective factors can be developed that what they do is reduce the vulnerability of the victim, or possible victim, and favor resistance to damage. They are all very important because they consider both situational, social, family and individual aspects that the person can develop to protect themselves, such as developing adequate self-esteem; both when a situation of gender violence begins, as when it is already sustained over time, not having it is a risk factor and is also a precipitating factor for the person to do nothing and the situation persists. Another protective factor may be favoring low impulsivity so that the victim has the ability to reflect before acting and, before sharing private material, they can think about the negative consequences and reprisals it may have ”.

Tuesday's session was presented by Mrs. Raquel Martí Signes, Director of the CA UNED Dénia and by Mr. Javier Scotto di Tella Manresa, Councilor for Citizen Security, Equality and Diversity of the MI City Council of Dénia. Javier Scotto thanked the CA UNED Dénia for carrying out this week, highlighting the success in the chosen topics, both in relation to ICTs and in relation to mediation as well as “the debates, training, education and research that the UNED available to students and interested persons (...) congratulations for holding these conferences, we will continue to count the UNED with the City Council and the City Council with the UNED ”; The director especially thanked the Dénia City Council for the collaboration in all the days of the week against GBV, a week that for the Dénia Center is important because it gives visibility to this global social scourge, but we do not stay there, throughout of the year several awareness and training campaigns are carried out against gender violence. "

Then, and for the rest of the afternoon, the conferences “Experiences in community mediation with victims of Gender Violence, sexual exploitation and human trafficking”, I and II, by María Esther Souto Galván Professor of Ecclesiastical Law of the UNED; and José Antonio García-Trevijano Intercultural Mediator, European President of Intercultural Mediation, highlighting both as relevant “Training in community mediation for women survivors of trafficking and sexual exploitation encourages students to work, in the future, with other victims in the recovery of their freedom and dignity in addition to accompanying them in all interventions in a comprehensive manner, including the judicial one. (...) In this framework, mediation stands as a valid tool for reaching out to women and girls who are victims of trafficking and constitutes an instrument of information, rapprochement with women and conflict resolution. "

On Friday, November 27, as a final activity of the Week Against Gender Violence, the presentation "Identification, prevention and action in situations of violence" was made by María Concepción Torres Díaz, Lawyer and Professor of Constitutional Law at the UA at the Benidorm classroom of CA UNED Dénia. The presentation was focused on the following objectives: Offer strategies for the identification of situations of gender violence in order to differentiate it from any other type of interpersonal violence, articulate prevention mechanisms for situations of gender violence, report on how to act in situations of violence against women for gender reasons.