La filà Amazigh It is a filà of women belonging to the Moorish side formed in 2005, when a group of friends was encouraged to create their own formation to participate in the festivities of Moors and Christians Denia, becoming the second line of women's Moors and the third to join the party.

His clothing consists of a blue baggy trousers, a dark blue sash with gold beads, shirt and white shoes. Occasionally, as in the celebration of Mig Any party, changed his uniform for a blue caftan with gold trim.

Amazigh Berber means are persons belonging to an indigenous ethnic group of North Africa called Tamazgha. It is an indomitable people with character, who has resisted several takeover attempts by the dominant culture over the centuries.

Since its formation in 2005, the Amazigh filà has held a unique captaincy, in the year 2010. The captain was Faieza Younes and Luis Ballester flagman. 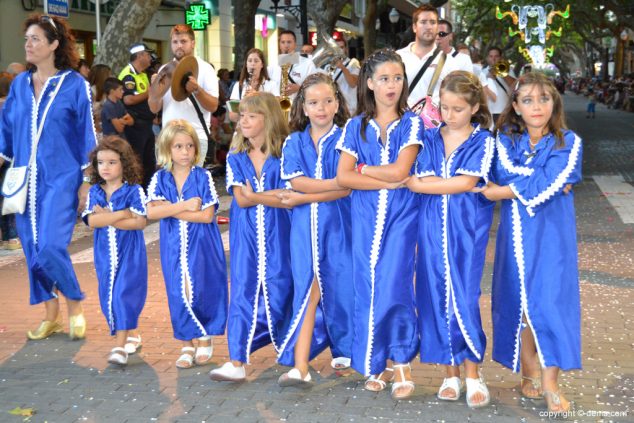 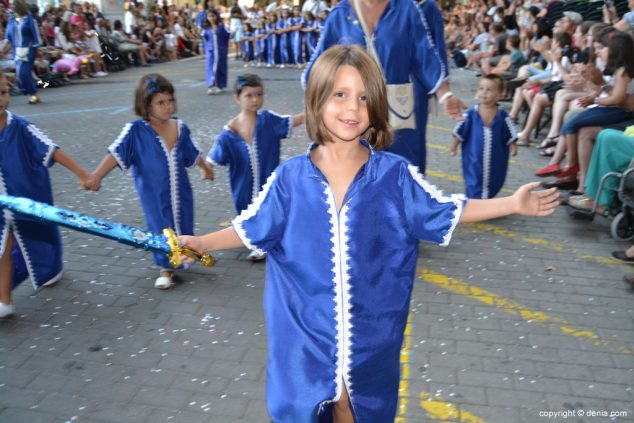