Fiamma Benítez started with the Spanish National Team against the USA

The player Fiamma Benítez, belonging to the Levante UD and raised in the quarry of the EM Base Dénia Soccer, was one of the players who came out in the initial eleven of the Spanish National Sub 16 against the US National Team. 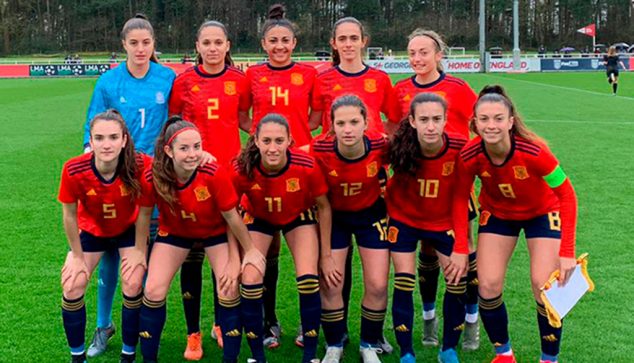 The Spanish team won by 2 to 1 in the first of the matches belonging to the UEFA Development Tournament being played in England.

Fiamma had the confidence of the coach, Eugenio Gonzalo, and contributed his good game in the lead, with the Spanish triumph. The goals of the national team came by Julia Bartel in the first part and rounded the victory Silvia Lloris with the same in the second half.

This Friday, the Spanish formation will be measured against the Denmark National Team, in the second match of this tournament. The schedule of the crash is that of 18 hours (Spanish peninsular time).