Faye arrives to reinforce the attack of CD Dénia

After several months of training with the first team of CD Dénia, the moment of truth arrived for the forward Faye, who has been presented as a player of the team led by Manuel Esteban. The player arrives to reinforce the vanguard line of the grogueta formation. 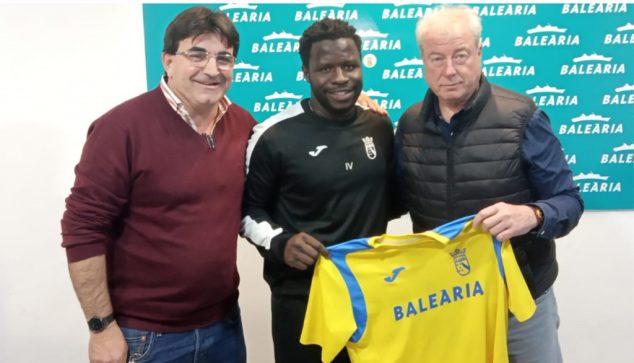 The Sports Director, Toni Lledó, together with the club's acting president, Juan Benavente, were responsible for making the new incorporation official.

Faye begins his second stage as a player for the team from the capital of the Marina Alta, after having played several seasons ago. Later, the forward went to defend the colors of the CD Jávea, where he stayed until the end of last season. The player who had been experiencing physical problems has been recovering from them and now it seems that he already has forgotten them, so it was deemed appropriate to incorporate him into the squad.

The player already has his license to be able to debut on Saturday in the clash that CD Dénia has to play in the “Fort Llopis” field at 16:30 pm against the Portuaries.