Around 400 people attended the charity spring concert held by the Rotary Clubs of Dénia, Benissa and Xàbia at the Auditori Teulada- Moraira. 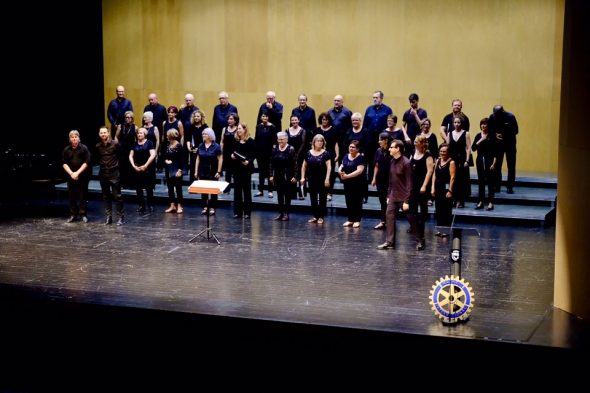 The repertoire consisted of sacred music, religious and recognized soundtracks, and had the participation of the group Improvement, who splashed the concert with touches of humor.

In the midst of the performances, a wine tasting was served at the Bodegas Gutierrez de la Vega accompanied by the Cidoncha company, all served by the students of the Raquel Payá school in Dénia.

The benefits obtained in this concert will be used to finance the adaptation of the Multisensory Room of the La Xara Day Center.