The 1st Padel benefica tournament organized by the local Red Cross assembly in Dénia, which was held this weekend, was a great success, both in terms of participation and organization.

The tournament took place at the premises of Centro Deportivo Aqualia. Many were those who joined this charity event. One of the most prominent was the invaluable assistance of the current regional champion paddle tennis, Lorena Figueres.

Another who was lending his support was the Director General of Sports, Mateo Castellá. And participation as a mean player Rafael Catalá Polo, Secretary of State for Public Works.

In the 10 hours on Saturday and with absolute punctuality, the kick was made by the regional champion Padel, who took the opportunity to encourage participants showing their more caring side.

Sunday morning during the semifinals and finals were played, resulting winners the following pairs: In first category consists of Juan José López Salvador and Luis Sanchis Benlloch. While the winners in the second category were; Alfonso Santos Carreras and José Luis Morales Garcia.

At the trophy ceremony was in municipal representation Councilman Services, Francisco Signes. 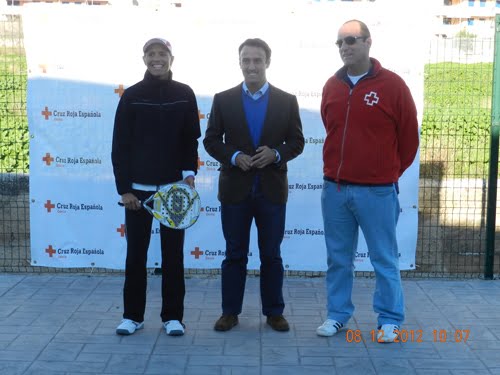