The Real Club Náutico de Valencia held last Sunday the 15th the IV regatta of the Liga Suma de Banco Fijo del Mediterráneo, of which the Club Rem team Marina Dénia it came out very well. Several teams competed among which the most veteran of the Dianense club stood out who managed to get on the podium. 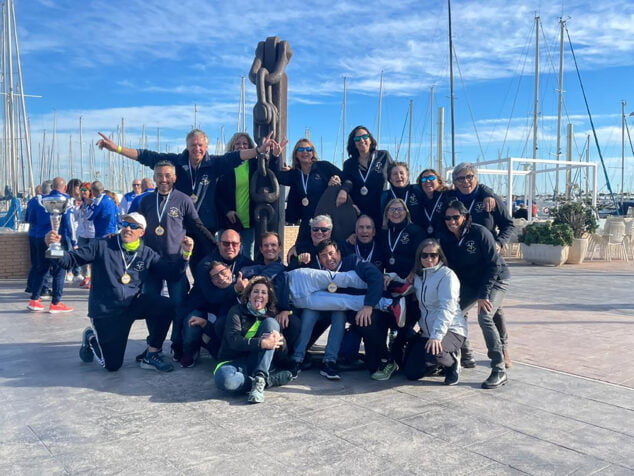 For its part, the veteran male team was the fastest in its category and covered the 5000 meters in a real time of 28:50,49, being the first to cross the finish line. With the compensation for age, he stayed in a time of 27:12,24, which gave them gold.

The women's team in this same category reached the finish line in second position with a real time of 31:27,22. With the compensation for age, the time was 29:48,97, which gave them the already proclaimed second position. 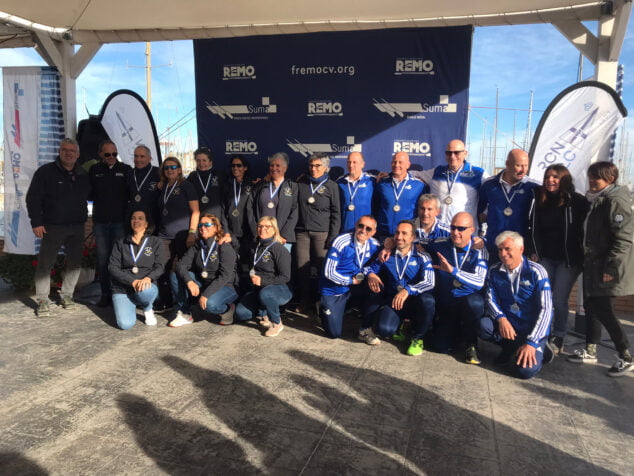 The rowing teams of Marina Dénia after their victory

With this regatta marked by the wind and the storm surge, the first part of the long-distance competition season with the Llaüt valencià came to an end, giving way to track competitions with the Laüt mediterrani.