Exceptions to confinement: children with ASD can go outside and their families ask for respect

Staying indoors can be more difficult for people with Autism Spectrum Disorders (ASD). For this reason, the Government has included several assumptions in its Royal Decree, which allow some people to go out on the street for medical reasons: in the Official State Gazette on Friday, March 20, people with ASD are empowered to leave accompanied by carrying a medical receipt and with the necessary measures to avoid contagion. 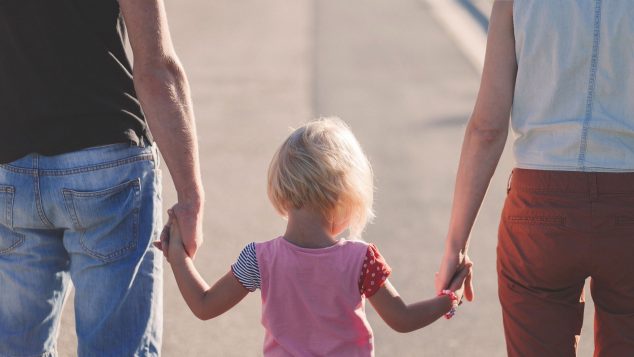 Children with ASD are allowed to go outside during this quarantine, and their families need understanding and civility.

However, news is received about unpleasant situations: people who reproach them from their windows or on the street assuming that they are violating the regulations. Professors Ana Vallés and María Ramos, from the Communication and Language team at Colegio Montgó, specialized in the education of children with autism spectrum disorders, explain that these children can suffer crises at home and need to go out, but that as "Physically they do not have any difference, people do not understand it and can even rebuke them". This means that there are families who do not dare to go out, even if the children need it. Therefore, according to Vallés and Ramos, "it is very important that people know it, understand it and behave".

An initiative to make this problem visible

On the occasion of World Autism Day, which is celebrated on April 2, all the Communication and Language classrooms and all the specific special education classrooms of the Valencian Community have come together, to ask people to hang a drawing on the window with the slogan "I can learn, I can work". Dénia schools and some shops that remain open have joined the campaign. 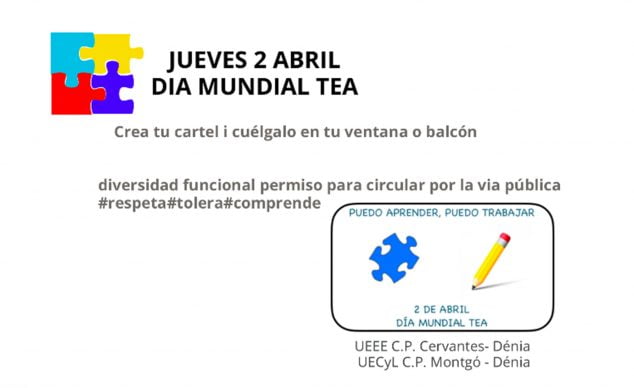 This initiative differs from a similar one in which it was proposed that children wear a blue bracelet on the street, so that the neighbors could identify them. However, many fathers and mothers did not agree with this proposal because they believed that it singled out or stigmatized their children.

If you want to know more about World Autism Awareness Day, this is the Official Site.