Last Friday the Paris Falla Pedrera He celebrated the trick of his charges with a dinner on the ship of the Casal de la Festa.

President José Candel, was accompanied his Fallera Mayor, Sara Femenía, announced the names of the 2013 child charges. The first was the new children's president, Hugo Montejano Expósito. But the surprise came with the name of the Fallera Mayor Infantil: José Candel requested help from the child president 2012, Manuel Orozco, to help him choose the new Fallera. The secretary of the Falla, Juan Gabriel Villar read the act that named Esther Dalmau Llàcer as Fallera Mayor Infantil 2013, repeating the position.

The event was attended by many friends and falleros, and was presided over by Dénia, Anna Flores Falleras Sobrecases and Ainhoa, and the president of the local board, Jaume Bertomeu. 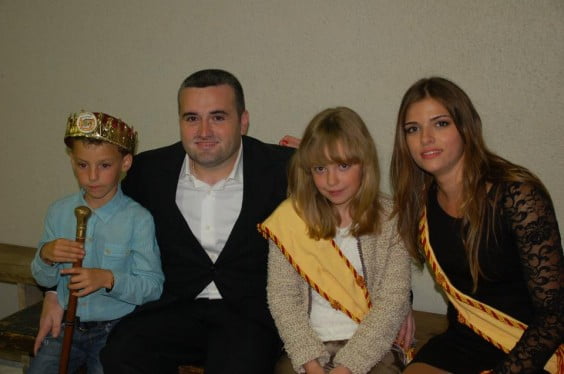