Esquerra Unida celebrated this Sunday, 14 in April, the Day of the Republic with a simple but meaningful act in Dénia. The day began with a rally in the square Archduke Carlos in which the candidate for deputy for Alicante, Estefanía Blanes, participated.

Next, the members of the party moved to the Municipal Cemetery of Dénia. There, in front of the wall in which they shot several republicans of the region, they read a manifesto. 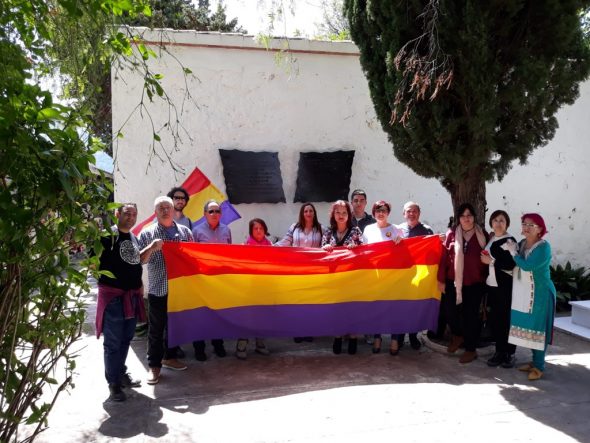