Pilar Bernabé, the new delegate of the Government in the Valencian Community, has visited Dénia this Tuesday to address with the municipal representatives some of the key issues that affect the city and that are ministerial competence, such as the construction of the new police station Nacional, on the plot ceded by the town hall on Miguel Hernández avenue, and the long-claimed regeneration of the north coast. 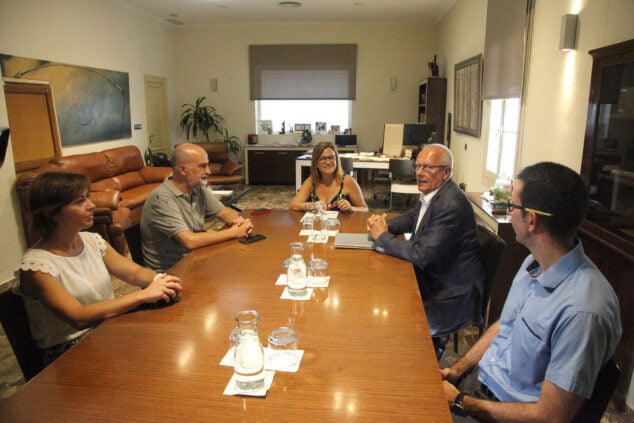 Meeting between Pilar Bernabé and the Dénia City Council

Regarding this last topic, Bernabé took advantage of his stay in the city to meet with a representation of the Association Beaches North and personally explain to them the details of the regeneration project of the Deveses, which in July the Ministry for the Ecological Transition put up for auction. An action with a planned investment of more than 15 million euros, which will be the first to be executed in The three regeneration projects designed for the Dianense coast.

As the delegate of the Government recalled, the projects for the beach of Marines and La Marineta are currently in the environmental impact study phase. 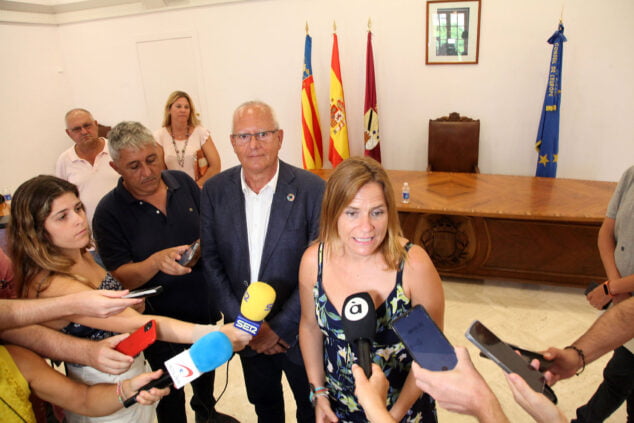 Bernabé informs the media after finishing the meeting with Vicent Grimalt

The total investment in Dénia's beaches will be 34 million, "an effort that demonstrates the clear commitment of the Government of Spain to regenerate and protect the coast" and that is part of a broader and "very important recovery action from the coast to national level, with an investment of more than 1.200 million euros.

Pilar Bernabé has also visited the current facilities of the National Police in Dénia. Regarding the forecasts regarding the construction of the new police station, on the land ceded to the Ministry of the Interior by the City Council (4.000 square meters on Miguel Hernández Avenue), the Government delegate has advanced that "according to the planned deadlines, the works will begin throughout the year 2023 », since the construction project is already being drafted. This is an "example of coordination and collaboration between administrations, between the City Council and the central government."

Mayor, Vicent Grimalt, thanked Bernabé for his visit to Dénia and the "good news about two such important projects for the city".

Dénia receives teachers from Turkey, the United Kingdom, Estonia and Sweden to share experiences in teaching based on emotions
November 22th 2022

The young people of Dénia, la Xara and Jesús Pobre turn to the programming of Children's and Adolescents' Day
November 21th 2022
Comments

37.861
4.434
12.913
2.440
We use cookies necessary for navigation and traffic analysis. We do not use cookies that provide us with personal data or advertising cookies.
More optionsACCEPT
Manage consents