Dénia's team was the champion of the 'Comarcal League of Raspall'

Dénia team formed by Chaveli II and Jordi champion of "proclaimedRegional League Raspall"To prevail in the final assembly Xàbia "B" consists of, Jaijo, Joan and Angel, by 25 10 to.

The game did not disappoint the large crowd that followed in the trinquet "The Rovellet" Denia. There was great quality points that were largely applauded by fans located in the stands. 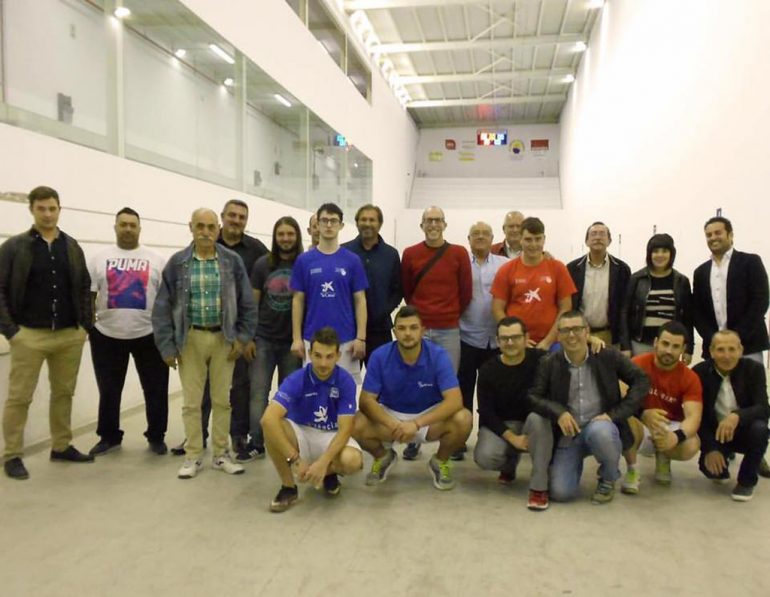 Third place for the team Xàbia "A"

The afternoon of the end of the Regional League It began with the game in the third and fourth place was disputed. Dianense on trinquet, teams were Xàbia "A" composed by Vicent, Alvan and Tomaqueta and the set of El Verger, formed by Alex and Flare, as Montilla could not play due to injury. The victory fell from xabiero 25 to 10 side by, thus achieving third place.

Once he completed the final proceeded to the delivery of trophies was attended by Vicent Colomer, president of CEMA and sports mayor of Javea. Ximo Coll, mayor of El Verger, Marián Tamarit, Sports councilor and Dénia Vicent GrimaltMayor of Dénia.