Bodega Aguilar's team is the new leader of the league ACYDMA

The tenth round of the regional league ACYDMA has left us a change of leader. Aguilar Bodega team after his victory over La Xara 0 to 3 Futsal by has climbed to the top of the leaderboard. This resulted in the defeat of the Hotel Nou Roma at the hands of Rte added. Juan Miguel 6 to 4 by. Rte assembly. Juan Miguel stood at the second place. The team most affected in this day has been the Nou Roma Hotel which has fallen to fourth place. 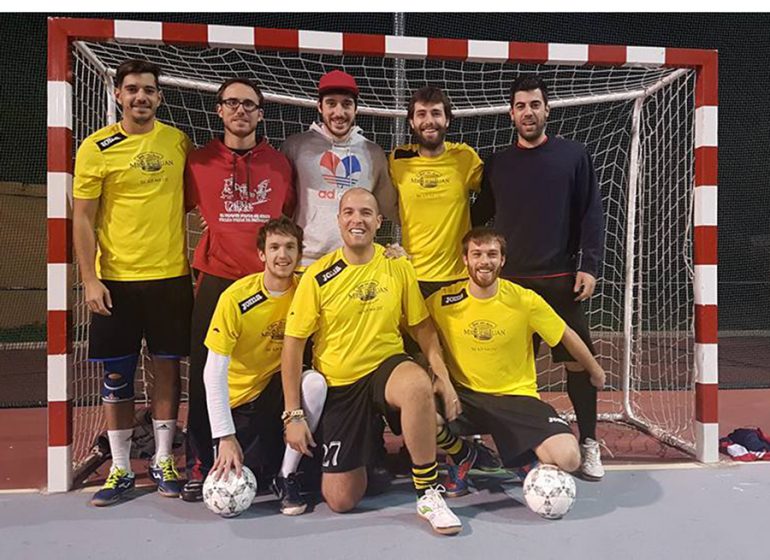 Another party aroused great excitement was played in Hall of Rafol between P. Stilos and Reale Seguros Ginestar. The shock was intense and very even, to the point that ended with a tie.

There were few surprises in other clashes, the AD Group team beat bottom club Construcciones Z Denia by 7 4 and back to positions in the standings. The team of Paidos Dénia won by the minimum Els Poblets (6-5) while Balearia beat Pools Denipool (5-2). Another of the meetings with clear victory was the one that faced Il Fratelli to Maxim Sound of Ondara, with triumph for the dianenses by 4 to 1.

Bar assembly Cal Nay Beniarbeig had to donning the overalls to impose the House Llobell of 6 to 4 Ondara. The two close games were the ones who faced Dorian Gray and FS Moraira, a clash that ended in a tie at three. While the duel between Bar Marcilla and Futsal Pedreguer ended in a draw with two. 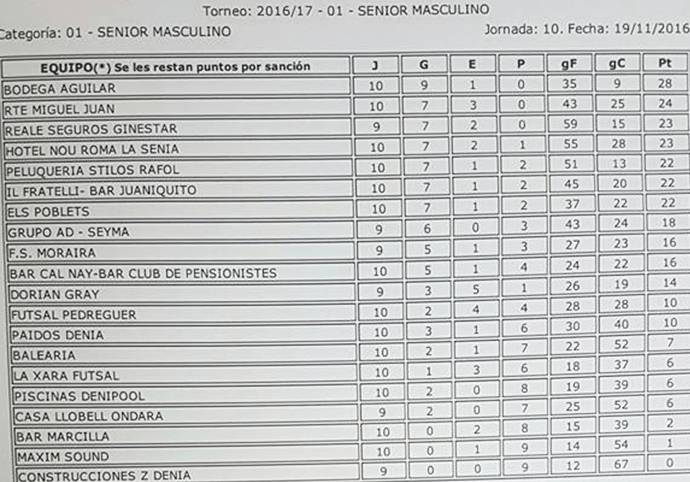