As it expected in 12 day of the regional league ACYDMA no surprises. That is, beat the teams that occupy the top seven places in the standings.

Consolidated leader is the set of Ondara, Bodega Aguilar, who had no trouble winning a willing Bar 0 to 4 Marcilla. Second-placed Rte. Miguel Juan did not have any compassion FS Moraira which he endorsed a 7 1 to. A win that showed the clear superiority on the track of dianenses.Reale Seguros Ginestar, third place, won P. Denipool by 8 5 to, tighter result than deparó a party clearly dominated by the insurer team.

The fourth place, Hotel Nou Romá defeated Baleària by 1 to 3, short victory for a game where the hoteliers were better, although they did not have their afternoon face to the rival goal. The win of the day came from the boots of the players of the Hairdresser Stilos Rafol who endorsed an 10 to 1 at Bar Cal Nay. The Rafol men made it clear from the initial whistle that they were going for the victory against a rival who was conceding goals as he dropped his arms. 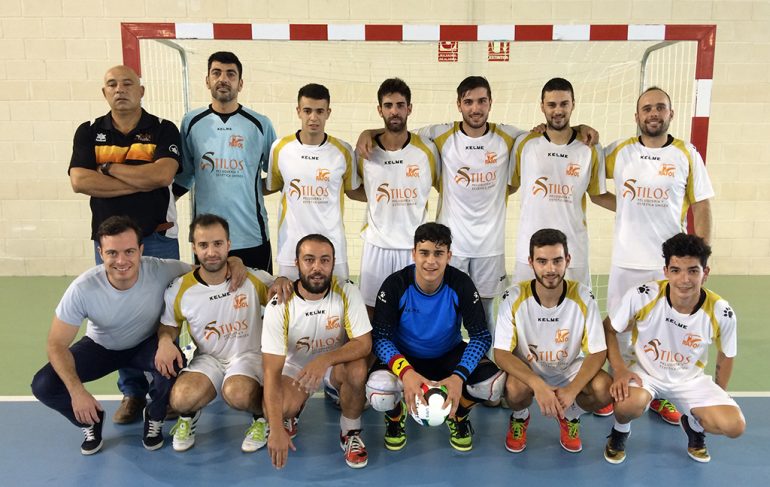 There was more equality in the clash played between AD GroupSeyma and Il Fratelli, victory fell on the side of the first by a tight 3 to 4. It was a clash of alternatives decided by the higher header hit men's AD-Seyma Group. Others clear victories of the day was achieved by Llobell House Ondara who defeated an unfortunate Paidos 8 3 to Dénia by.

On this day they were postponed meetings in which they faced, Constr. Z Denia- Els Poblets and Maxim Sound-Futsal Pedreguer. 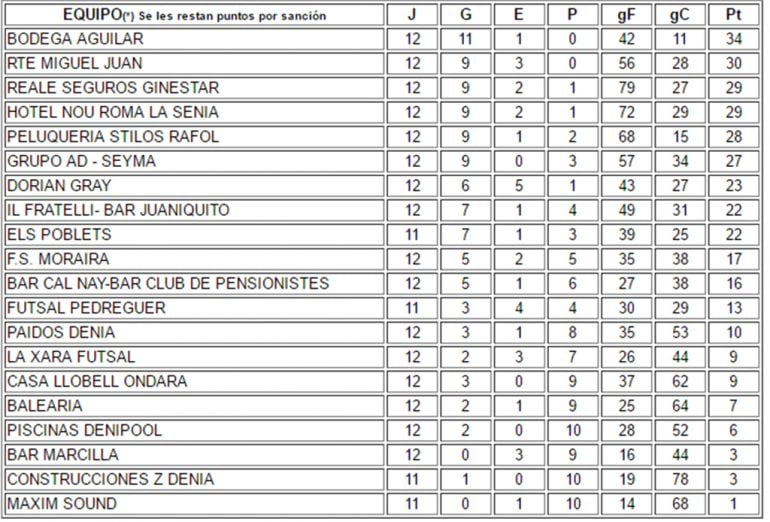