John Cabrera (Liverpool, 1925) began working in the film industry with only 16 years.
Throughout his career he has appeared in countless films English and American producers, mainly as cinematographer and location manager. He is a member of the British Academy of Film from 70 years. John Cabrera was the right hand and advisor locations Hollywood producer Samuel Bronston for seven years and as such was the main architect of the shooting of the film "Captain Jones" in Dénia, in 1950. For over 10 years living with his wife in Dénia, homeland of his parents. 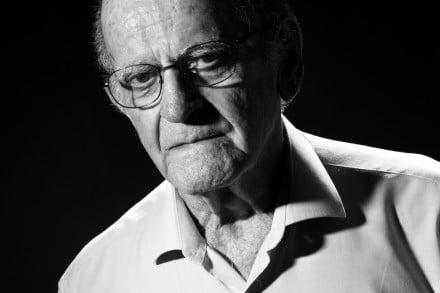 The paternal grandparents were John Cabrera Benitachell and moved to Liverpool when the father of Cabrera had three months. “My grandfather went to England to represent the exporters of raisins and oranges at that time. They settled in Liverpool and both he and my grandmother are buried there. My father belonged to the diplomatic corps and when he retired they came to Dénia. I started coming to Dénia since I was little, every summer I came on vacation to the Routes". Remember his father was a close friend of the Tenor Cortis, "He sang us when we were coming to see him, my father accompanied him on the piano."

John Cabrera began his training in the world of cinema "GAINS Boro Studios" London. "A friend of my father, who became the CEO of Warner Brothers in England, knew of my interest in photography and I facilitated contact with studies GAINS London Boro. There I began preparing tea for all those in the camera department, later started doing the clapper, continued as assistant camera, assistant of all, and then I became foquista ". John Cabrera joined the British army, in the department of photography as a still photographer and film throughout the military and World War II. 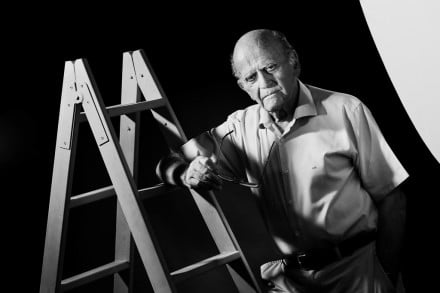 His career continued to advance the hand of the company Technicolor London, once completed military service. "I became a technician for this company and made several films." "Representing Technicolor, the director of the company recommended the producer Samuel Bronston to come to Spain. I understood and spoke some Spanish and thank God, I liked him and became his personal assistant and head of locations for the company ". For seven years, John Cabrera traveled across Spain photographing interesting for film shooting locations. At this stage it would be filmed in Dénia "Captain Jones," the first of the big blockbusters filmed in our country for Bronston.

The shooting of the film in Dénia was an extraordinary event and had a very positive impact for the city. Hundreds of residents participated as extras dressed as soldiers, sailors or pirates in a film that, at the time, was one of the most expensive in the history of cinema. In the 2008 year, to celebrate the fiftieth anniversary of shooting "Captain Jones"The dianenses moviegoers Toni Reig and Miquel Crespo organized the exhibition "The Captain Jones Dénia", Which he recorded more than 7.000 people during the three months that he remained at the Center d'Art l'Estacio de Dénia. a book-catalog of the exhibition entitled also edited "The revolution of John Paul Jones in Dénia 1958".

Going through the company opened many doors Bronston John Cabrera. "Once I ended up with Bronston-explanatory devoted myself entirely to photography, but on many occasions I called to locations American companies, usually English, although I have also done work for French television series and Germany". In our country He worked with the Valencian director Vicent Escrivà: "I did" The Vicenteta "," Tuareg "and" Waiting for Dad ". Another film that was shot in Dénia, in which also participated was "Krakatoa, East of Java".

For about 10 years ago John Cabrera is removed. "The last film I worked," Genghis Khan ", with Charlton Heston as primarily an actor has not yet been released by financial difficulties ... We were 8 months making this film in Russia, China and Japan." 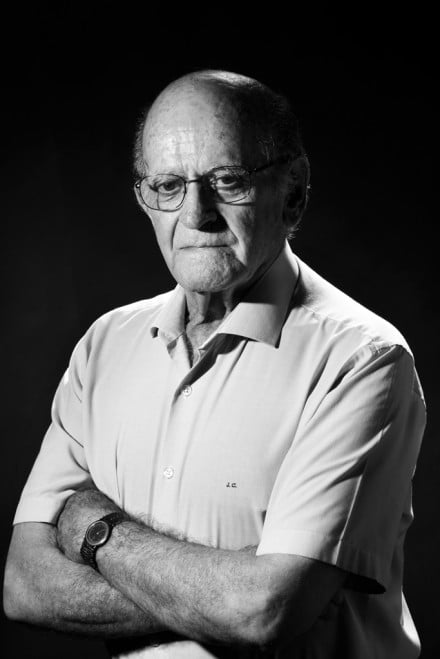 His work in the film industry has led him to go around the world twice and he has reported many good times. Remember especially when he met Pope Pío XIIDuring the filming of the documentary "Vista Vision visit the Vatican" 1951 the year. "We were rolling in the Pope's rooms at night, and suddenly he appeared and started talking to us, asking about our work ... it was very interesting, but I didn't get to be photographed with him!"Tells us laughing.

It also retains fond memories of the movie recording "Romeo and Juliet", During which he met tenor Luciano Pavarotti: “We spent eight months filming in Rome, Venice, Siena, Florence ... it was like moving to the era of the protagonists ... The film crew and the opera team gathered at the hotel bar at night. One of the nights, in that bar, Pavarotti sang the aria that made him famous, and his voice was so powerful that it seemed that everything was going to explode ... it was fantastic. ”

In addition to meeting famous artists, photography to film given the opportunity to live moments of risk and action. Thus, it refers to work done shooting for the film area "Krakatoa" in Palma de Mallorca: “We entered with the helicopter in a canyon, pretending that we were in the Krakatoa volcano and, suddenly, the wind almost made us crash. When I watch the movie I remember and I think now I wouldn't! The pilot endured the blows, I was focused on the camera, excited and wanted us to get closer, crazy ... sometimes the work could be dangerous ... ". 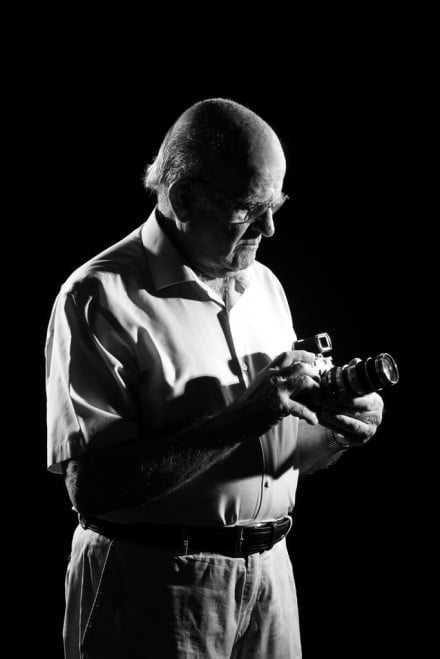 A John Cabrera have often encouraged him to write a book to transfer their experiences and knowledge. At this point, he refers to the book of Ken Annakin, "I want to be a director", In which he is mentioned many times because he worked on several occasions as his director of photography. "Genghis Khan" It was his last film, he died recently. I remember traveling with him, in India, in Spain. "He gave me many opportunities, I am very grateful"Says J. Cabrera.

On the evolution of the film industry, John Cabrera highlights important changes experienced technical advances: "Now you can shoot with a stroke of light. When I was young we had a huge apparatus that illuminated so much that sometimes could not open my eyes, it was a bright light like the sun, with lots of power. Now, with small strokes of light, you can illuminate everything "Compares.

Regarding the transition from analogue to digital photography, J. Cabrera says have become accustomed to the latter: "Now it's easier, before everything was done in the dark, now you see the result immediately, everything goes ..." Personally loves to photograph any kind of flower, but really his passion is light, "The effect of light on things."

His passion for photography has been inherited by his two grandchildren, who come frequently to visit Dénia: "At home the atmosphere has always been a lot of film and television". John Cabrera is very satisfied with the life he has led and professionally confesses that I would have liked to be the cinematographer of a great musical Enjoys with music and dance-like "An American in Paris"With the dancer Gene Kelly.

A movie: "The Third Man" by Orson Wells
A book: A. Conan Doyle books
A hobby: DIY
A meal: Caviar and Chinese food
A landscape: Inside the forest and snowy forests
A song: Beethoven Symphony 7
A mania: It is very strict about punctuality, especially at work
A passion: The photograph

The cycle "Memory and Future" presents a multifaceted vision of the war, repression and the Franco dictatorship through exhibitions, books, theater and conferences.
March 31 2021
Comentarios