This year the number 12 edition held Premi Bernat Capó Dissemination of Popular Culture. The ceremony of the award is final act the award in Dénia capital of the region, and will be amenización group dance muixeranga Pego, who will perform various plastic forms and human towers of his repertoire.

Entities that support this award are: Valencian Museum of Ethnology the Council of Valencia, as the co chooses the award jury; the city of Dénia as host of the ceremony; and the Cultural Mancomunitat of Marina Alta (MACMA), Which provides entertainment act.

Premi Bernat Capó consists of a cash prize, a sculpture of Ginestar and publication of the winning work as a monograph in the collection La Farga d'Edicions of Bullent. The award is named after the writer benisero Bernat Capó.

Last year the winner was Aureli Puig, with the work Mengem i Cantem. Cobles agrícoles i amb motivacions gastronòmiques where couplets are addressed to agriculture and food are collected. An excuse to introduce more than 800 couplets of our linguistic area, Catalonia, the Balearic Islands and the Valencian Country. 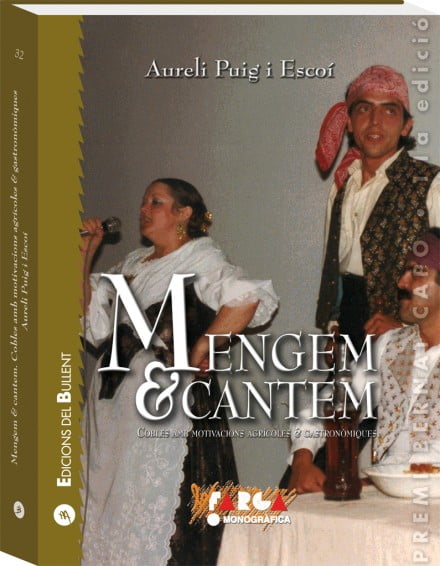