In the month of May, discharges have increased by 78% and the number of patients hospitalized and in the ICU has decreased more than 80%

The Minister of Universal Health and Public Health, Ana Barceló, has highlighted that, for the third consecutive day, there has been no death from COVID-19 in the Valencian Community. "The path begun during the month of May continues this June with hopeful figures that show a clear advance in our fight to face the coronavirus," assured the minister. 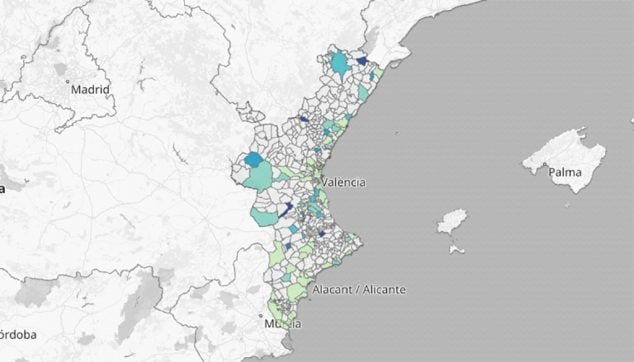 Positive in the last 14 days

In this sense, it has made an assessment of the month of May, in which discharges to patients with coronavirus in the Community have increased by 78%, so that a total of 5.346 people have accumulated that have overcome the disease in this period . In addition, the number of patients in hospital has decreased by 82,3% -555 patients admitted less than in early May-, and the number of people in intensive care units has decreased by 84,6%, with 132 patients less than when the month began.

On the other hand, Barceló has pointed out that more than 56.000 Health Professionals of the Valencian Community have participated in a seroprevalence study of coronavirus infection. The overall prevalence obtained is 3,21%, according to a preview of the results of the final report that will be prepared when the study has been completed in all the health departments.

The Minister explained that the Valencian Community has been increasing the diagnostic capacity of laboratories to perform PCR. Therefore, during the month of May the number of tests carried out has increased by 97%, and until this Tuesday a total of 232.114 tests have been carried out.

Lastly, Barceló wanted to take stock of the service that has been provided in this period for the general dispensing of medications at home, developed since March 26. Thus, the pharmacy offices have been able to bring home medications to people with reduced mobility or to those who belong to the groups most vulnerable to the coronavirus.

Thus, the movements of these groups have been avoided, thus reducing the risk of contagion. In total, 3.747 applications have been processed (411 in the province of Castellón, 1.145 in the province of Alicante and 2.191 in the province of Valencia). For this reason, he wanted to thank "the great work carried out by the General Council of Pharmacy of the Valencian Community, whose collaboration has been essential to develop this initiative."

Now, "although the numbers are encouraging, we must not forget at any time that there are people and entire families who have lived through a terrible reality, very hard, of course, for all of us," recalled Councilor Ana Barceló.

In the last 24 hours, 83 new discharges have been registered, bringing the total of cured people to 12.315. By provinces: 1.556 in the province of Castellón, 4.358 in that of Alicante and 6.396 in that of Valencia, to which must be added another 5 corresponding to displaced persons.

Updating the situation in residences

· Residents who have died: 0