Garbí Dénia draw at the Polytechnic University of Valencia (25-25)

El Garbí Dénia He started the year with a draw against the whole of the Polytechnic University of Valencia (25-25). The dianenses might even take the win by having one last attack for the win that failed to score.

The dianenses coach David Salanova the end could not count on the injured people who could not recover in time, but had a new addition to the team, Chano. A player who comes to help the team for the heavy casualties that creeps.

The Garbí Dénia raised a game based on defense and practically gave up on the counterattack. This led the Salanova players to a quiet game, without precipitation. This made that from the first moment the defenses of the two teams were imposed to the attacks. In the final stretch of the first half there was an exchange of goals coming to rest with the 13 score to 12.

The second part started well for the dianenses as the minutes went by gradually opening differences in the score to get 3 goals up.

That is until midway through the second period when came the worst moment of locals who played a significant drop in the attack game where they were blocked. In defense they fell into a partial 0 to 5 goals against the left very touched.

Salanova had to call a timeout to make changes in the offensive Dianense positional play time. This paid off because he broke the winning streak varsity and again put the dianenses in the game failing 5 minutes left.

At the last minute to tie the score dianenses recovered the ball in defense and tried to attack with a long finish the game with a shot to win, but failed, he came to the end with the score of 25 to 25.

Saturday Garbí Dénia players against Moldtrans MISLATA from the 18: 00 h in the Municipal Pavilion Dénia, starting the second round of the league. 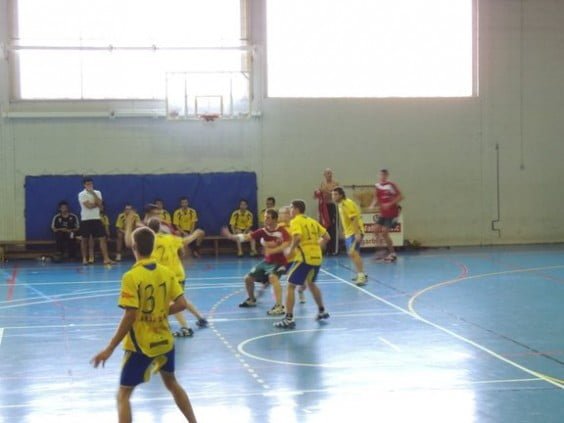