One more year, and already ten, Dénia celebrates the Blood Donation Marathon, a solidarity event that year after year adds new donors and allows to maintain the reserve of blood in the province of Alicante to meet the needs of the sick. 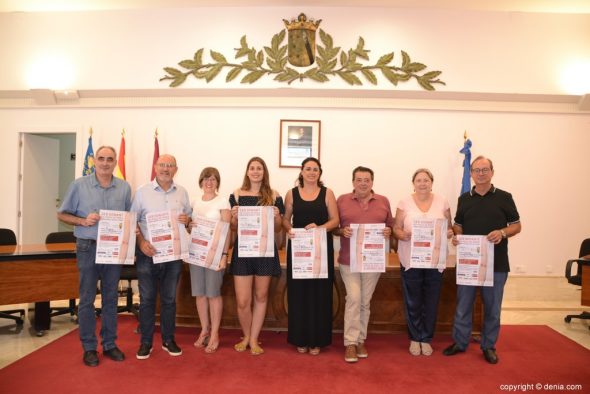 The Dénia Blood Donation X Marathon will be held next Thursday, September 20, in the Social Center of Denia. Donors can go from 9: 45 to 14: 00 hours and from 16: 45 to 21: 00 hours. The organization has encouraged all those interested in donating to approach them, even if they have any doubts, that will be solved by the professionals who will attend the donors throughout the day.

This year, from the Alicante Transfusion Center, a challenge has been set: reach the 300 people. The representative of the center, Salvador Pérez, has acknowledged that it is a complicated challenge, but he has shown his certainty of being able to achieve it, since it has been demonstrated, year after year, that the citizens of Dénia join this generous initiative. It should be remembered that in 2017 279 were the people who wanted to donate, 50 of whom were new donors.

Requirements to be able to donate blood

All 18 seniors and 65 minors who weigh more than 50 kilos may donate blood. For that day it is not necessary to go fasting, but quite the contrary: it is recommended to carry out normal activity and especially to drink more water than usual.

Those who donate for the first time must come with a DNI or a supporting document, while those who have already donated must provide their donor card. 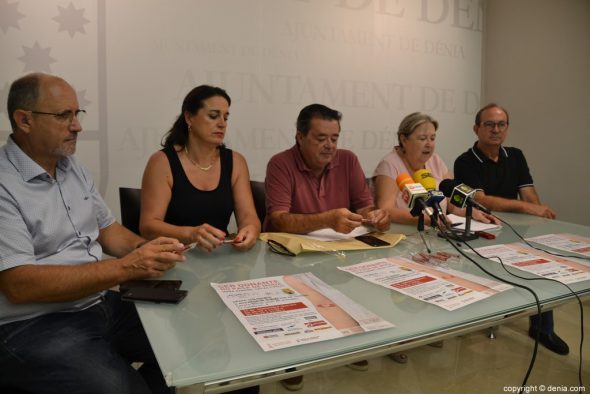 From the Transfusion Center they have remembered that people who have had a tattoo can donate as long as six months have passed since they were made.

Also, two months have passed since the last donation. For women it is recommended to donate a maximum of three times in the calendar year, and men, a maximum of four times.

Anyway, throughout the day there will be professionals attending to the doubts of those who come to the Social Center. They will be the ones who, ultimately, will recommend, or not, the donation.

250 daily donations are needed in the province

To meet the needs of the sick in the province of Alicante, 250 daily donations are necessary. From the Transfusion Center they recalled that the 59% of donations are destined to oncological patients. They also wanted to recognize the important work of blood donors, without which they could not carry out, among other things, some donations of organs.

El X Donation Marathon of Dénia is organized by the Alicante Transfusion Center with the collaboration of the City of Dénia, the Marina Health Hospital, Red Cross Dénia, Baleària, Appliances Pineda, Canfali and Radio Dénia. 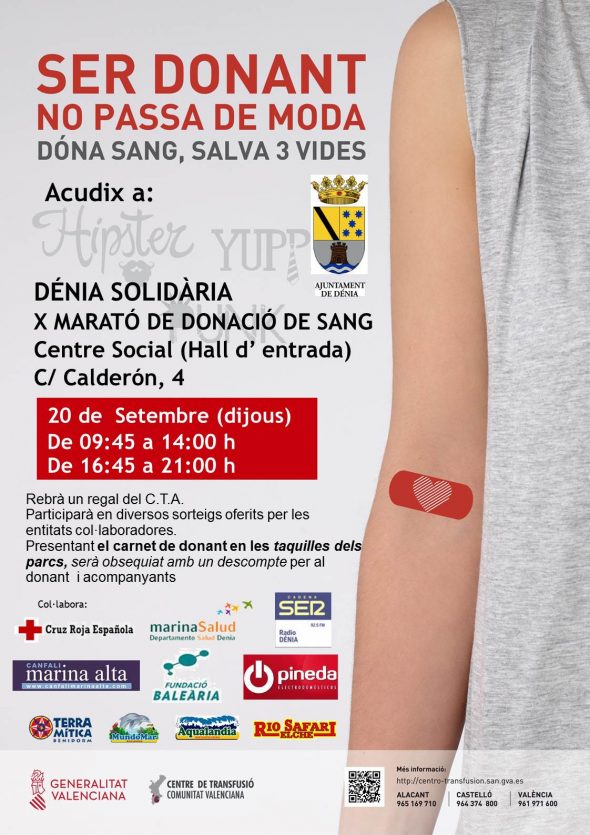