The summer that awaits us: less schedule, more vigilance and dependence on the national tourist

With the summer season just around the corner and with the coronavirus still to expire. The impact on the economy is going to be inevitable, but much less if it is possible to save the Dénia summer to a great extent. 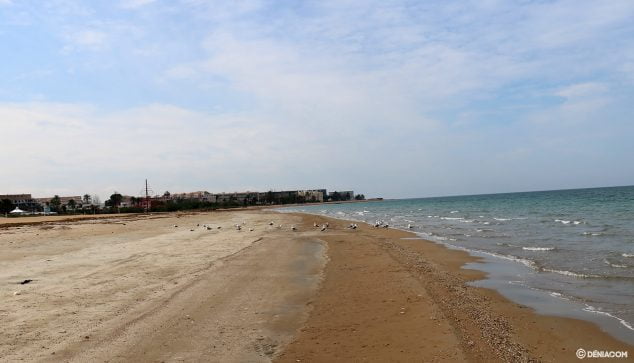 Punta del Raset beach during the state of alarm

After decades with tourism as the basis of the economy, we are again surprised when we see how fragile these foundations are, so exposed to any unforeseen event. The City Council already assumes that it will be a weak season and that the foreign tourist will probably not be seen. National restrictions are expected to be lifted, but everything points to international restrictions taking longer. That is to say, we have to wait for the tourist to arrive by road to the community and, how could it be otherwise, to Dénia.

Vicent Grimalt, Mayor of Dénia, announced yesterday that they will focus efforts to attract national tourism and thus be able to save part of the season. Of course, a season that in addition to not being very productive is expected expensive, since the possible security measures that must be taken will force the hiring of more lifeguards, as he has confessed. The City Council expects them to ensure the possible distance that is required to respect between individuals.

Luckily, we have 20 kilometers of beach to be able to make a much more competitive offer than other tourist spots in the face of such limitations. Unfortunately, the increase in the number of lifeguards will not be something easy when the solidity of human resources on the beaches (greatly suffered by the short preparation times for each season) is a pending issue in Dénia and highly dependent on new local graduates due to part of the Dianense assembly of the Red Cross, which has not been able to take the corresponding courses this season due to the state of alarm.

In addition, the calendar of events that we will have in summer is still pending. Only a month ago we thought that the failures with the other summer parties to have the most festive season in history. With the passage of weeks we already realize that the current situation is not about something anecdotal that we will tell between laughs.

The July festivities. It is still waiting for them to be held, depending on the next announcements of the alarm status. However, it is already assumed that they will not be as grandiose as other years if we can finally see them at the time. In the same way, Moors and Christians they could be in danger if they try to stop the large crowds of people.

One of the great events that we already know almost certainly that we will not see will be the D * na Festival. At least, in its most striking version held at the Marineta. It was the idea of ​​this year, after a "fallow" one in which the Forum was held. Unfortunately, Grimalt confirmed that, after several meetings he has had with the rest of the organization, everything points to the fact that such a festival cannot be held. Of course, they are carrying out tasks to develop a close proposal with which they can continue to promote the gastronomy of the area in a way, we imagine, more humble.

But the usual, health comes first. In this crisis it was time to choose, as each country has done, between health or the economy. The measures are helping to make the data on infections increasingly optimistic. Although the future looks black, luckily many healthy people will be left to resolve the situation. And that is something to celebrate, even if respecting safety distances.