Trophy Fallas of pilota valenciana will be played this Friday 14 of March, at 18 hours, in the Trinquet The Rovellet Denia.

Councilor for Sports, Juan Carlos Signes, Presented the sporting event accompanied by the directors of Club Pilota DéniaPepe Moll and Vicente Crespo with the president of the Local Board Fallera, Jaume Bertomeu.

The heading "escala i corda"It will bring together four major players Valencians: the local partner with Miguel Felix will against the team of Soro III and Raul.

All falleros and falleras who come to the game dressed in smock and scarf will have free admission as well as under 8 10 for years.

Councilman Juan Carlos Signes announced that the City Council has renewed the agreement Dénia undersigned annually with the company Pilota Valenciana Val i Net for organizing games of professionals and promises in the Trinquet the Rovellet Denia.

Signes explained that the partnership agreement provides that the company will organize during 2014 eight games in the Dianense trinquet.

The first is this game of Fallas, which will continue, those included in the Trofeu Santíssima Sang held during the Festa Major. The Sant Roc, in agostoy of Tots Sants. In addition a game of Lliga Bancaixa, the Trofeu Rovellet and a tribute to Diego Mena driven by Club Pilota Dénia.

Councilman thanked the representatives of the local club involvement in the dissemination and preservation of this traditional Valencian sport.

For his part, Vicente Crespo recalled that the Club Pilota Dénia takes about 25 years of existence and called for public support to this local sport. 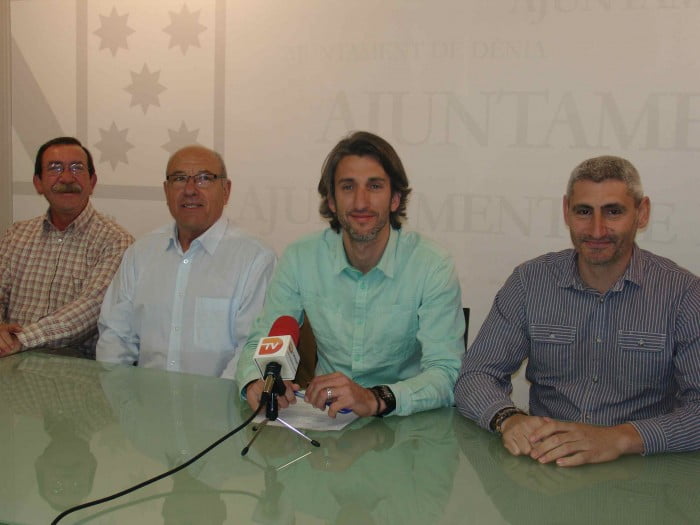