Socialist Vicent Grimalt is already the new mayor of Denia

socialist Vicent Grimalt and is officially the mayor of Denia. Saturday morning was inaugurated as such in an act that took place in the city and which had the support of dozens of people who wanted to experience live his inauguration as mayor of the city.

The event began with the constitution of the old table, chaired by the Socialist councilor Elisabet Cardona, the older of the corporation, and Marian Tamarit, who as councilor younger served as secretary. After the oath of eleven councilors who took possession of their certificates proceeded to the vote and election of the new mayor.

With 11 votes of PSOE and Compromís, Vicent Grimalt received the most votes, followed by Ana Kringe (4 votes), Font and Mari Pepa Martinez (2 votes each). Canviem councilors abstained from tots vote.

Vicent Grimalt received rod mayor of Elisabet Cardona hands and then gave way to the parliaments of the spokesmen of the political groups that make up the Dianense consistory.
Antonio Losada (Canviem Among Tots) has expressed its willingness to establish "New ways to manage this house and define among all the city model for Dénia". Mari Martínez (Citizens) has warned that the new government will demand "honesty and transparency", And he invited them to leave behind the mistakes above.

Rafa Carrio spokesman Compromís and government partner Vicent Grimalt, began his speech by paraphrasing a line from Vicent Andrés Estellés to continue asking citizens "That is critical and is above us."

For his part, the former mayor and spokesman for the Popular Party, Ana Kringe, expressed his congratulations to the new mayor, who announced "a task of control and control of the opposition in a constructive and loyal way".

On behalf of GDCU took the floor Pepa Font, who has offered his "unconditional support" the government on policies to help the most disadvantaged sectors of society.

The last to take the floor was the new spokesman for the PSOE, MªJosep Ripoll, who stressed that "people are going to be the center of our management" in these times of "historical change".

The Mayor of Dénia, Vicent Grimalt, has begun his first speech by congratulating the elected councilors, who recalled that do not have to forget "that our position must serve to defend the interests of each and every one of the neighbors of Dénia".

Grimalt said that this was a particularly exciting day for him, since 80 years ago in 1939, his grandfather was also mayor of Denia in one of the most difficult times through which the country has passed in which defend democracy could cost you your life. Precisely, he said, is his role model. 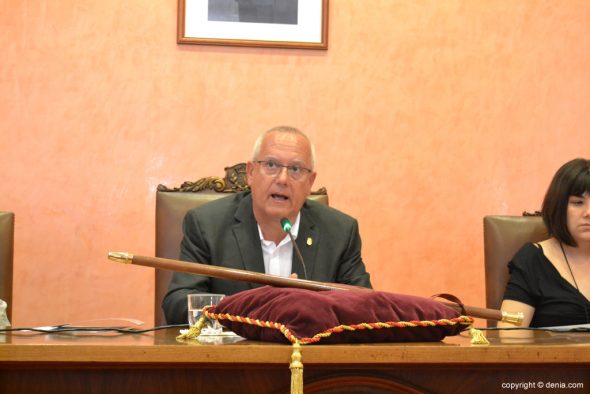 The new mayor of Denia has spoken of the two commissions that lies ahead: to regenerate the political life of the city and municipal public institutions open to participation.
For the first Dianense mayor he has said that during his mandate will be "in constant contact with the neighborhoods and people through the council of government."

On behalf of his government, formed by PSOE and Compromís, Vicent Grimalt has pledged to go "all public institutions with all spokespeople to defend the welfare of our citizens." 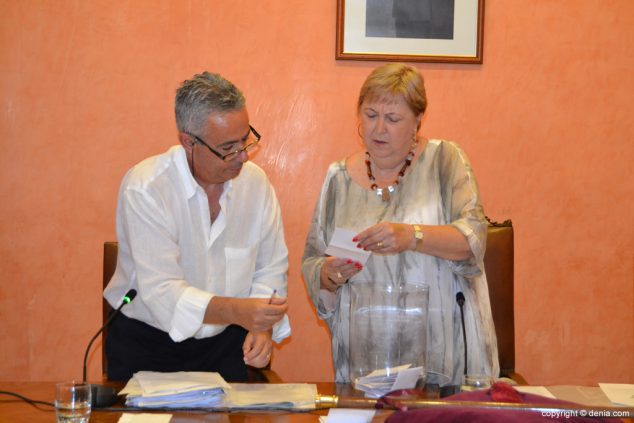 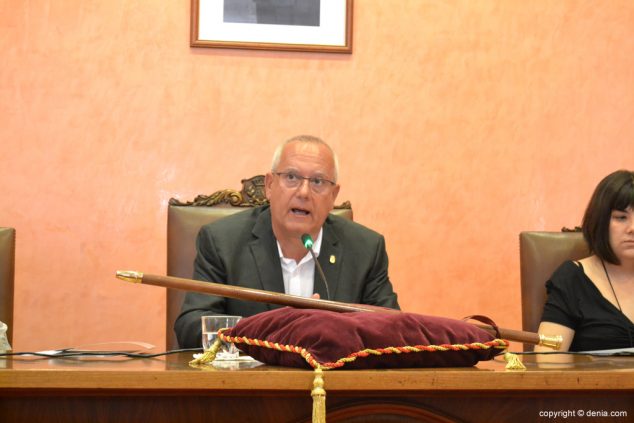 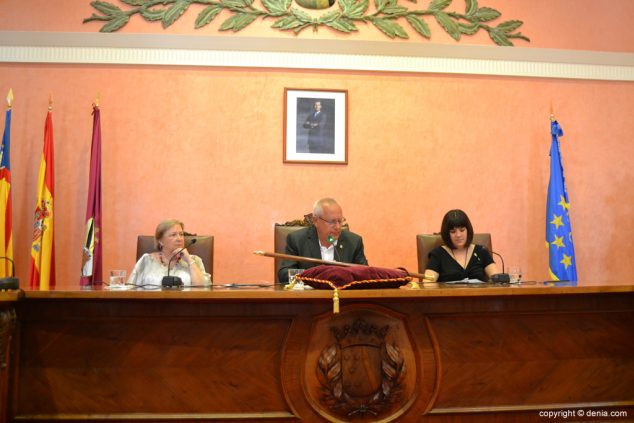 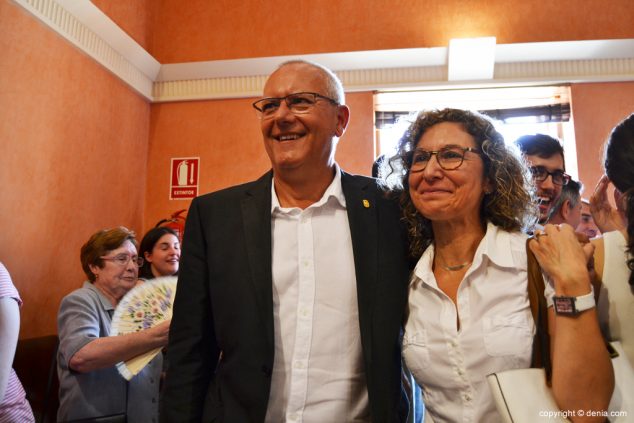 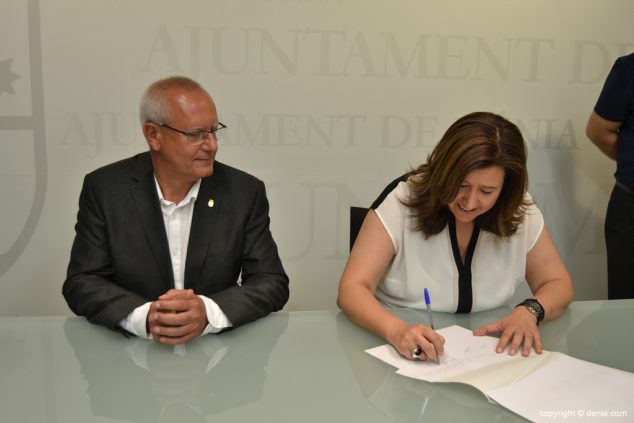 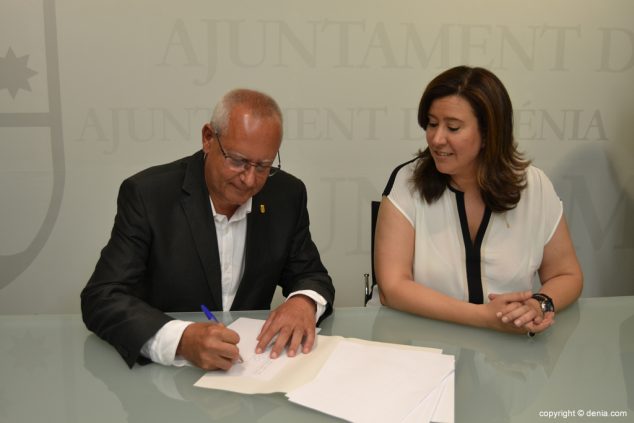 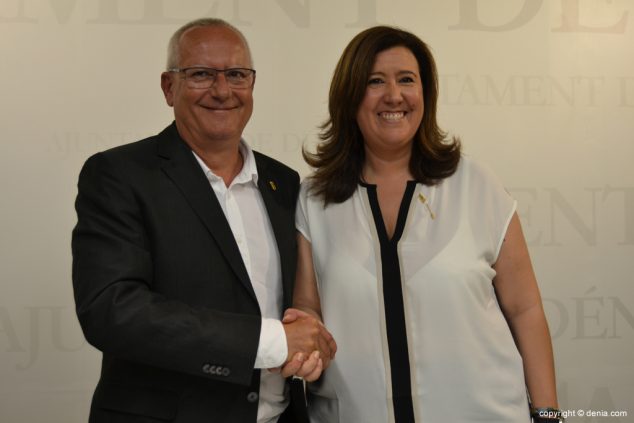 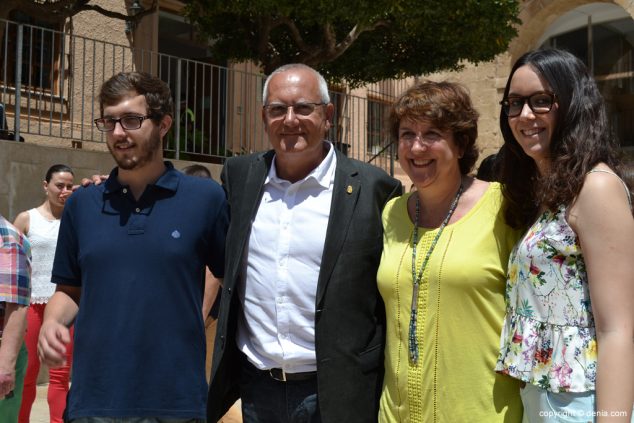 Compromís Opinion: "Per al·lusions on October 9"
16 October 2020
Leave your comments