The Rotary Club of Dénia, with the collaboration of the clubs of Xàbia and Benissa Teulada organize a charity concert at the Teulada Moraira Auditorium that will raise funds for the creation of a multisensory classroom for the day center of the La Xara Occupational Center.

During the intermission there will be a tasting of wines by the Bodegas Gutierrez de la Vega, accompanied by cocas de Cidoncha, served all by students of the Raquel Payá School in Dénia.

The concert will start at 20: 30 hours and the tickets have a price of 11 euros. They can be purchased in the Teulada auditorium that same day, or in advance on the web page of the auditorium and in instanticket. 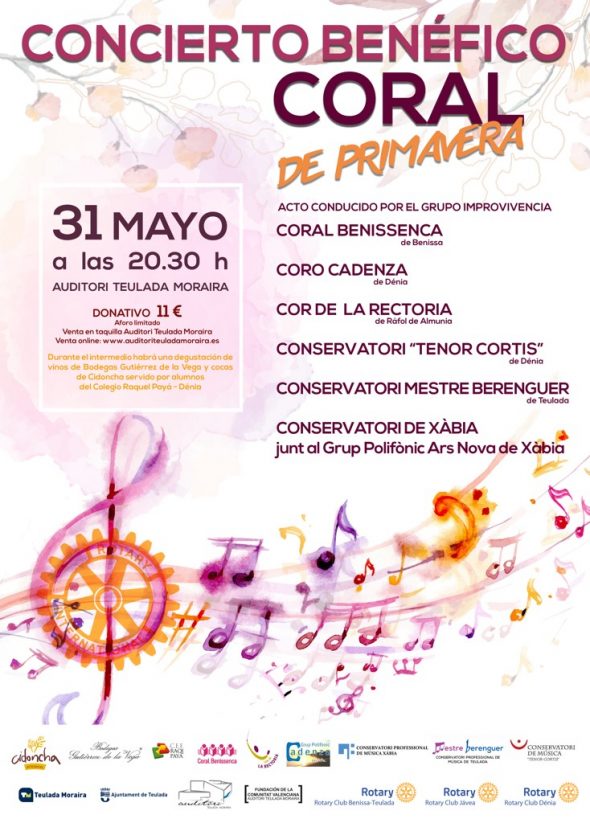