Paddlers who make up the team Real Club Nautico Denia They had an outstanding performance in the third day of the "Regional League Surfsky-Seakayaking"It held in dianenses waters and was organized by the club president Jaime Portolés. 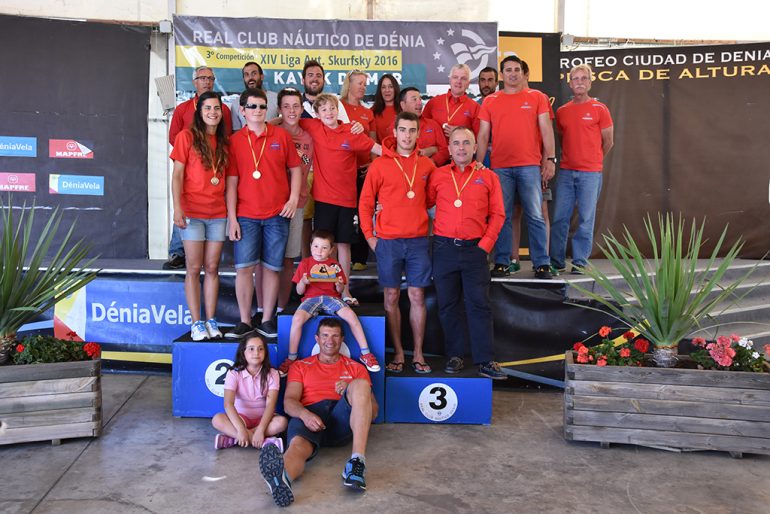 In this event they were participating the best 150 paddlers Valencia showed in each race full potential treasure. The dianenses climbed the podium eight times and that led them to score the points made in the aggregate the Real Club Nautico Denia was second in the overall team standings.

Dianenses best paddlers were Juan Antonio Yecora who was the winner in K1 Senior Surf / Sprint, Paulino Llobell which was the best in K1 Veteran AB, Felipe Sanchis won in Traditional K1. The pairing of Luis Peñas and Pablo Swinnerton was the winner in Child K2. Veteran, Juan Carlos Pérez, took the podium for the silver medal on Veteran CD. The paddler, Puigcerver Maria del Mar, was second in K1 Senior Fem. Surf / Sprint. The duo of Alejandro Gorneman and Pedro Ortega, was second in K2 Veteran CD and Ruben Louwaige, was third in Youth K1. 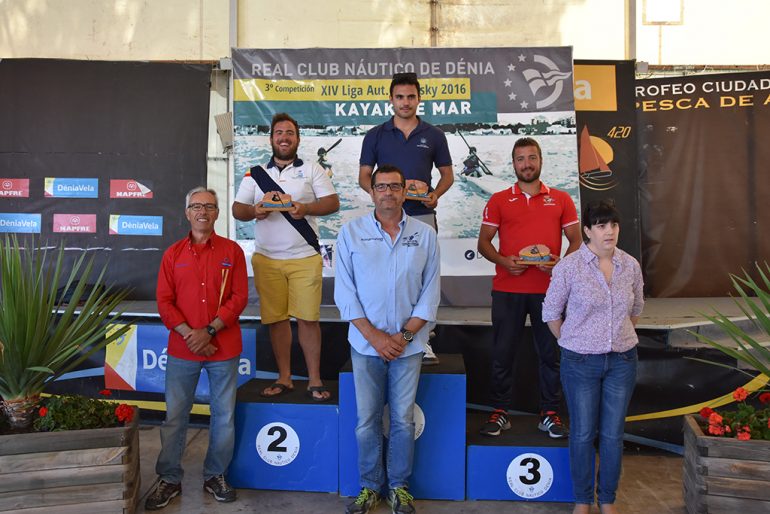 The test winners and best rated clubs were the Club Náutic La Vila Joiosa, with 451 points that led him to win the trophy for the club, followed by the Real Club Nautico Denia with 340 points and the Real Club Nautico Castellón, which took the podium for third place after picking 291 points between all paddlers.

Youth clubs classification Promesas led the Real Club Nautico Castellón, with 62 points, followed by Club Nautico Campello with 55 points and the bronze for the Club Náutic Villajoyosa with 46.

The mayor of Dianense sports, Marián TamaritAntoine Ferrer, Vice President of Canoe Federation of Valencia, Juan Carlos Pérez, Vocal Canoe RCN. Denia, Rosa Barrachina, Referee Test; and Toni Simó, a member of the Board of dianenses club who were awarded the medals to the winners at the end of the regional competition. 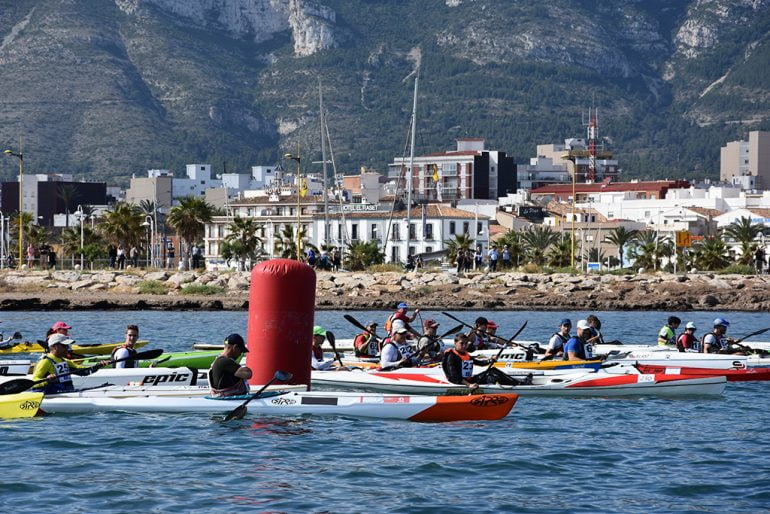