El Real Club Nautico Denia It celebrated, last Sunday 12 of May, the X Regatta Liga Suma Llaüt in its facilities. The youth team of the Dianense club has achieved gold with a time of 06: 18,86, in a victory achieved in the last meters of the race, followed by RCR Alicante. 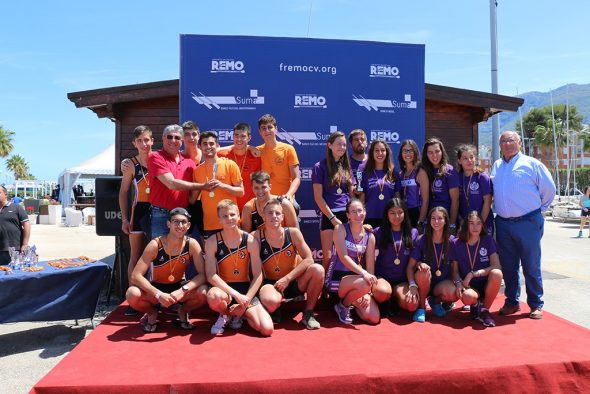 The youth of RCND have won the Suma League in their category, after a large number of victories during all the days.

The men's absolute has been in second position, after qualifying in final A in the last race. The veterans did a good job, being in the sixth place and the female cadet achieved the fifth place. 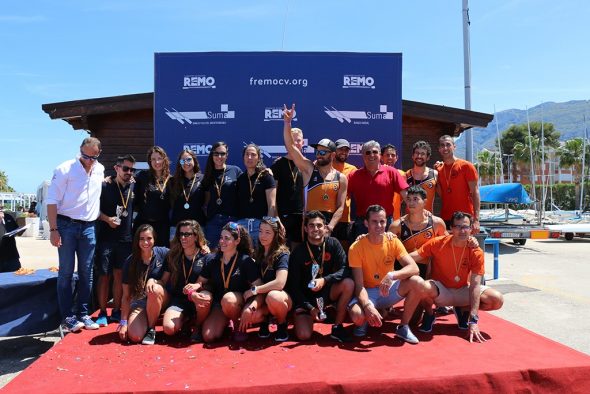 The trophies were handed out Jaime Portolés, President of the Dénia Nautical Club, Agustin Martí, Rowing Member, Vicent Crespo, Councilor for Sports of the City Council of Dénia and Alejandro Ruiz, President of the Rowing Federation of the Valencian Community.

This rowing day was marked by a great atmosphere at the Real Club Nautico Dénia facilities with more than 900 attendees. In this last meeting of the Liga Suma Llaüt a total of 60 teams from all over Valencian territory participated. 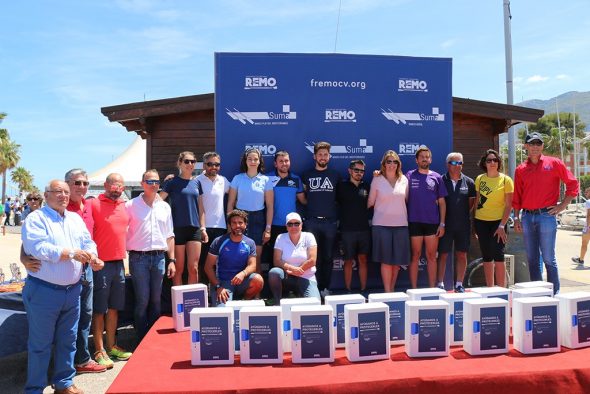