The Socialist Party believes that the fire was caused

"It has been caused, like 95% of the fires that happen". With these words the socialist spokesman in Dénia, Vicent Grimalt, He regretted the burning of the Natural Park of Montgo that has swept a whopping figure of 444 Hectares in Dénia and Jávea. 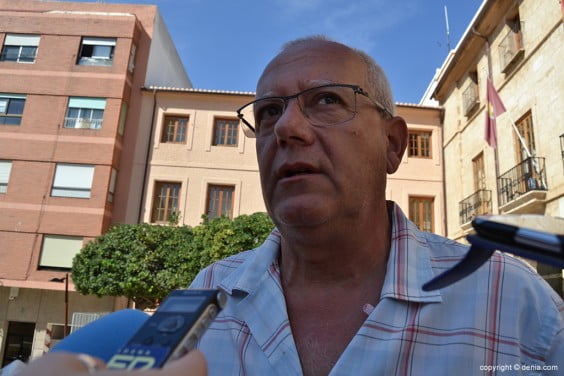 But according to the spokesman, who has been intended not justify that the mountain is not clean and has denounced the cuts made by the Government regarding fire prevention. The spokesman pointed out that his municipal group has requested several times that permanent brigades with full fire engines installed in the trouble spots of the mountain, request that has never been approved by the government team.

He also recalled that from his group they have requested that the power lines be buried in Les Planes, that more hydrants be installed and that there be fire engines in the hottest months of the year. Grimalt also believes that there should be volunteers for surveillance in Les Planes, Jesús Pobre and El Racó del Bou, especially dangerous areas due to the amount of trees they have.

Compromís presents a motion to ask for more commitment in Dénia against LGTBIphobia
June 16, 2020

Balance of the first year of government: «We do not sell smoke; we make decisions and act within our means »
June 15, 2020
7 Comments