The Popular Party of Dénia regrets the "unfortunate decision" of the Government team by not being invited to the presentation for the media of the Plan as a friendly city with the elderly that it carried out last week. 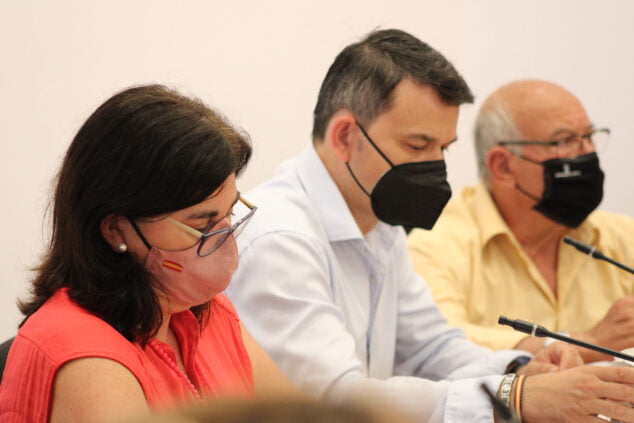 “It seems to us indescribably rude that they impose the merit of a motion that the Popular Party presented in the first instance and that was later adhered to by the PSPV, to be finally approved unanimously by all political parties. Was the PP who presented this motion because we had realized the need that exists in this elderly group to improve their well-being in our city, "says the spokeswoman for the
group, Maria Mut. “Although we are in opposition, we work for and for our city and our neighbors, and this motion is a good reflection of that. What we were never going to think about is this lack of consideration on the part of the government team, ”adds Maria Mut.

«The motion was presented after a study of the unmet needs in our city for our elders. We thought that it was an issue that we would all address together since this motion had the support of all the political groups that make up the Consistory. But, once again, we realize that the PSOE does not want to reach out to anyone and does not need anyone's help. We are used to them making decisions unilaterally, but reaching this point is further proof of the lack of participatory and collaborative spirit that this government team has.

"We feel deeply hurt by these actions," adds José Antonio Cristóbal, head of the Elder's Area in the PP Dénia.

From the formation, they affirm that the only reference to their group was "sideways" by the Mayor's councilor during the ordinary plenary session, "something that generated more embarrassment than anything else."

The popular ones appreciate the exhaustive study that the Uned of Dénia has carried out to prepare the 2022-2024 action plan for a friendly city with the elderly in which they have had the collaboration of the Senior Groups of the Uned Dénia, the Residence Saint Lucia and the Red Cross, among others.

“We are aware of the need our city has for this plan, which is why we presented this motion, and we are aware of all the work that is going to have to be carried out to put it into operation, but we thought that, since the initiative was ours, we would be taken into account more”, adds Eva Catalá.

Finally, the popular spokesperson María Mut states: «The PSOE of Dénia goes through the lining of the whims of its ideas of training open to change and participation, to return to the most stale of policies, making this formation selfish and arrogant. Other
toast to the sun of the government team, which shows their exhaustion and their
bad management".