The plenum unanimously approved the pact against Evictions

Yesterday was the first step to protect the most disadvantaged so that they are not hopeless. The plenum held yesterday in the city of Dénia may be of historical the majority and unanimously approved by consensus by all parties covenant against evictions. 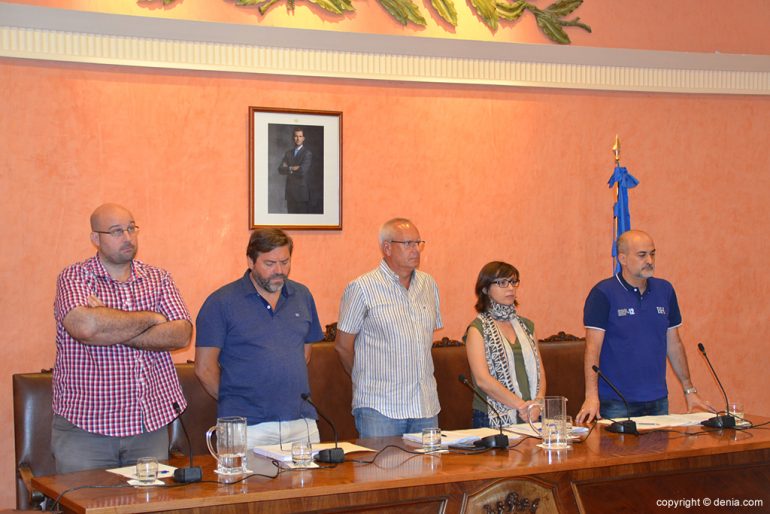 The regular full month of August began with a minute of silence for the victims of gender violence killed this month. After the silence that filled the room as a sign of rejection, the different points on the agenda were discussed, all finally approved unanimously.

After trying and give approval to new decrees and bills was passed 2014 one of the important points, the approval of the City Council of district Les Roques, that will have to debate in the next months the attainment of the special plan as well as the management of the projects of the ARRU. This council, approved by consensus of all the groups of the consistory, has an expiration date and it will arrive on the day that the two objectives mentioned above are met. The groups in power thanked the favorable vote of all the groups.

After discussing the last point of the day, dedicated to the agreement with the Provincial Consortium for surveillance and fire control next year, he went to the emergency room. Within these came the strong point of the city, which had been approved at the meeting of previous speakers: the pact against evictions.

This, to be detailed later news conference, was presented by Oscar Mengual during the plenary session. The mayor of Citizen Participation has been that prepared the document, explained that, after meeting with all political groups and associations such as the Platform Stop Evictions, had managed to carry out this project, which, despite not being a law "It is a first step, a proposal to have a minimum of performance in this problem that affects many people in our town today".

All political groups thanked the council their work and gave its full support in the upcoming performances with the consistory for people in danger of being evicted. It is therefore a total covenant. This agreement comes from the previous legislature when the proceedings were initiated to bring something out. All have finally agreed to say that this form of consensus politics is something that should continue throughout the term.

The Dianense opposition votes for an anti-squatting motion that, finally, remains on the table
August 26st, 2020

Citizens celebrates the Diputación grants "for all municipalities", ugly previous efforts
May 07 2020
Leave your comments