Due to the Alarm State by COVID-19, which creates an impossibility to move around and print and send the photographs, as stipulated in the rules, the organization of the contest has decided to extend the registration for the second time on-line and the reception of photographs until June 15, 2020. 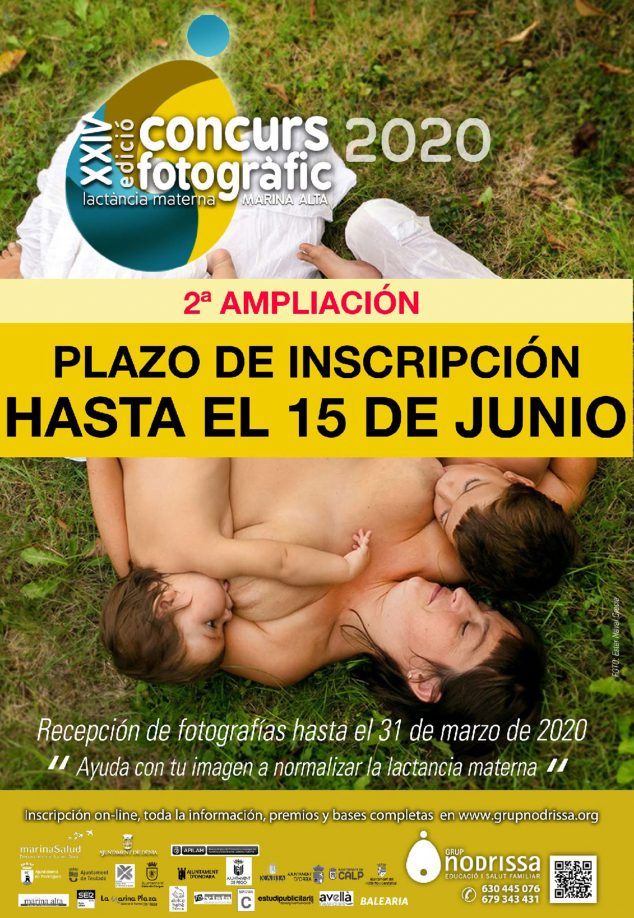 El XXIV Marina Alta Breastfeeding Photo Contest It also modifies the date for the awards ceremony, which is canceled, although they will be awarded when the jury can meet. From Grup Nodrissa, they advise the online registration As soon as possible to receive personalized information by email, of any changes or new modifications.

Why go ahead with the contest

At Grup Nodrissa they wish, now more than ever, "promote breastfeeding, that of all mothers confined at home with their baby, along with their partners, older sons and daughters. But surely far from very important people in these moments of their lives, such as their mother, a friend, a sister or adviser ". The breastfeeding promotion group aims to "Give visibility to those mothers, now that they cannot leave the house, for all those babies born in confinement who have not yet been able to almost see the sun."

From Grup Nodrissa explain that in the first editions of the contest, in the late 90s and early 2000s, most of the photos were taken indoors, in privacy. "Then we got the mothers to breastfeed wherever they wanted, and the photographs that came to us were taken anywhere: in public, on the street, at parties, at work", but the photo contest wants to be a reflection of the reality of breastfeeding mothers at the current time of each edition, so in this one, "Quarantined photographs will also be formidable"organizers point out.

The Marina Alta adds 18 new infections in the last week, compared to 14 the previous week
May 24 2020
Leave your comments