El Joan Fuster pavilion surely this Tuesday will be a real pressure boiler for the Calpe Futsal, a team that visits the Paidos-F. Fernández Luna at 20:30 p.m. A clash where the dianenses play to be league champions after their brilliant victory achieved over the weekend in San Vicente del Raspeig, against the Hercules who were defeated by 1 to 4. The schoolboys are worth a draw against the Verdiblanco team. 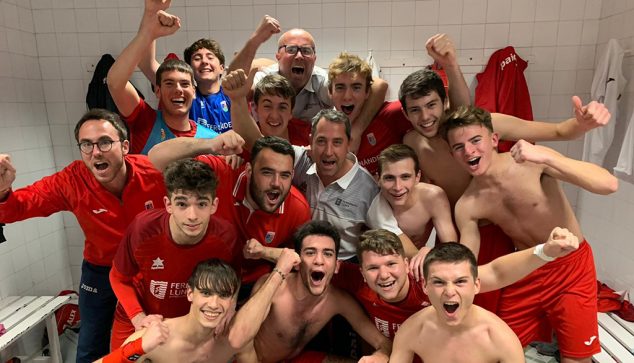 The youth of Paidos won an important victory at the home of the Hercules, who were matched points with them. At first the nerves of the importance of the match was reflected in the players of both teams who committed unnecessary fouls and absurd turnovers. Juan after haggling the goalkeeper scored 0 to 1. Just before the break after a corner they equaled the Herculanes, which led to the break with a draw to one.

The second part began with a goal from Jorge that beat the local goalkeeper under. The locals did not know how to enter a good visiting defense. Salva, in the 33rd minute, scored 1 to 3, so the locals chose to take out goalie player. After a robbery of the college goalkeeper, he took a long step towards Salva, who again scored, placing the final 1 to 4.

It is expected that this Tuesday, the full in the Joan Fuster pavilion will be absolute and that the public will contribute so that the Paidos, in addition to being the champion of the Alicante group, dispute the phase of promotion to the Honor Division, something that he already did in the last campaign but without too much luck.