Dénia's Orfeo participated in the XX Festival of Corals d'Altea

The members of the Orfeó de Dénia participated last Sunday, June 5 at the XX Festival of Corals d'Altea, an appointment that took place in the Palau of the municipality of Alicante. The festival also performed the Coral Camprodon of Girona and the host group, the Coral of the Philharmonic Society Alteanense. 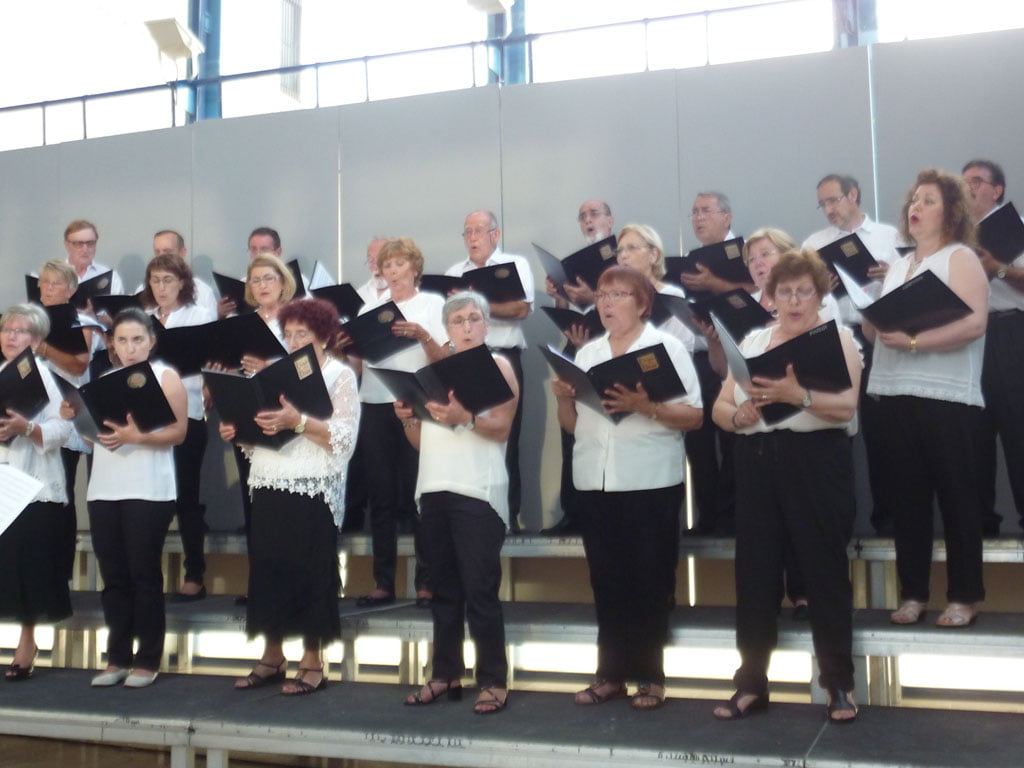 Each group played between 8 and 9 pieces to finish playing together the Rossinyol, A piece that raised the public from their seats to show their satisfaction with the performance. The same satisfaction they returned home the componenetes of Dianense Orfeo, now preparing for their traditional Spring Concert. It will be on Saturday June 18 to 20: 30 hours in the Auditorium of the Social Center and perform works by A. Vivaldi, Z. Kodaly, Antonio Cortis, G.Puccini, F. Schubert and L. Bardos, among others.