Did you know that in the Marina Alta the most common names are José and Josefa among adults and Marc and Martina among newborns? And that we are the first region of the Valencian Community in number of restaurants per inhabitant? These data and other relevant and striking figures appear in the new infographic of El Observatori Marina Alta, CREAMA entity. Curious data on different areas such as demography and living conditions, territory and environment or productive sectors and employment. 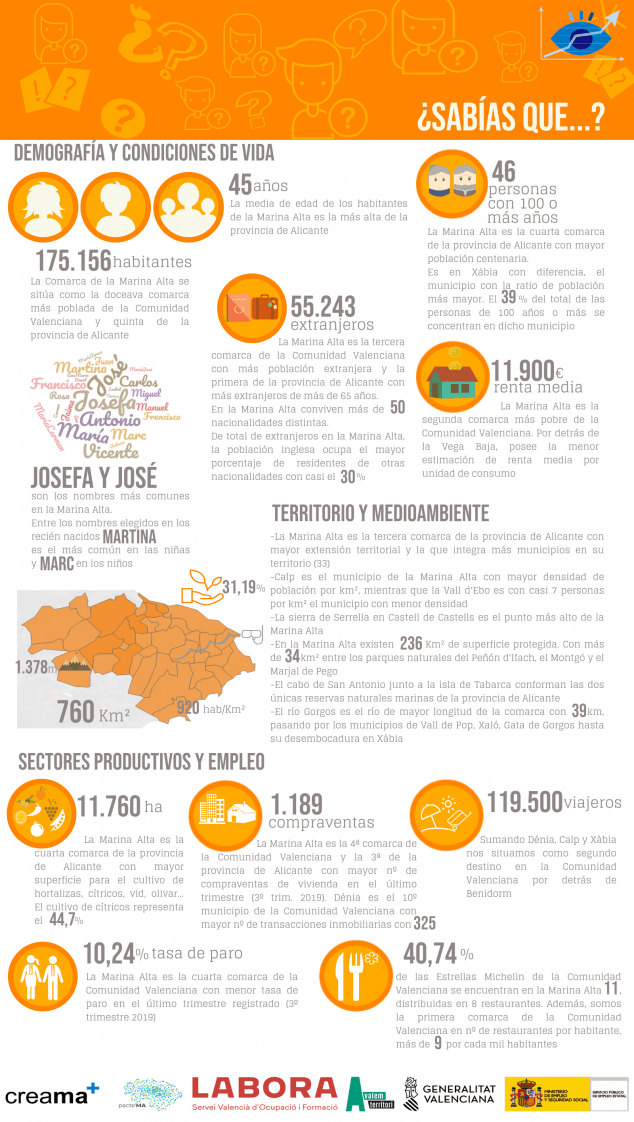