The number of infections among hospital health workers amounts to 53

Since the current health crisis began, each autonomous community has been carrying out different communication strategies to keep citizens informed. In the case of the Valencian Community, the Generalitat has decided that it will not give data by hospital, after having initially done so, to protect the privacy of the sick. 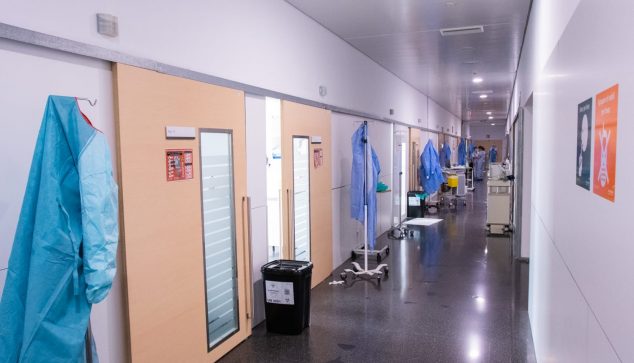 Similarly, the Hospital de DéniaFollowing these instructions, it is also committed to maintaining silence regarding the number of infections in the Marina Alta.

However, the Medical Union of the Valencian Community has published a list with all the infected toilets in each center. Thus, we discovered that in Dénia the figure of 53 workers with coronavirus and 61 in quarantine has already been reached.

On March 23, the Consellera Barceló reported that in Dénia there were 25 infections among hospital staffToday, this figure represents twice as many positives, maintaining the center as the fourth with the highest number of infections among workers.

At the last count, the Dénia Hospital was already the fourth in number of infections, pointing experts from the center to this was because they were testing more of their workers.

It may also be due to a shortage of protective material pointed out by the workersAlthough, according to the Hospital, this was the case two weeks ago and that last time they received enough material so that it was not their main concern.

According to the hospital, we are still in the lowest risk scenario for collapse of the center, with a large number of ICU beds and free rooms, which reassures the representatives of Marina Salud. But not only the sick require beds, but personnel to take care of them. The number of unemployed personnel is about to exceed that of the personnel hired for reinforcement, 73 according to the latest information from the Dénia Hospital. Although with the new material and the measures taken, we hope that the contagion among health workers will end.