The Museu de la Mar has reopened its doors after confinement with some changes in the content layout and an interesting novelty. The exhibition includes a showcase of eighteenth-century naval artillery pieces from sunken ships off the coast of Diane and donated by individuals for the general enjoyment of the public.

The centerpiece of the showcase dedicated to the XNUMXth century is a falconete or rotary gun that has been donated by Vicent Luis Moncho, from El Verger. Moncho made the discovery more than forty years ago, while "pulping" in the waters of Almadrava Bay. At that time, he offered the piece to the Dénia Archaeological Museum, but its director, José Carrasco, had to decline to keep it due to lack of space to store and display it and advised Moncho to keep it until he had room for it. 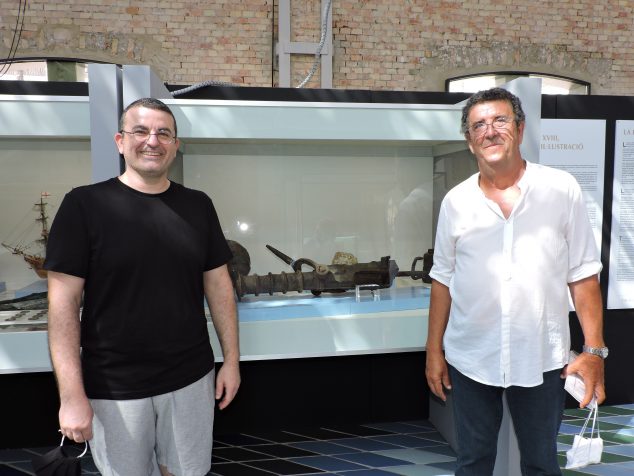 Donation of Vicent Luis Moncho to the Museu del Mar

In this way, Moncho has had the falconet sheltered in his house for almost half a century and, now that the city already has an adequate space dedicated to the sea, he has not hesitated to donate the piece, the first of these characteristics that enters in the funds of the Archaeological Museum of the city, as indicated by the museum's director, Josep Antoni Gisbert.

And yet, more than a century ago another was found in the waters off our shores. As Gisbert related, in 1890 a falconet was found "In such perfect conditions that you could even operate the device to remove the load". The fishermen who found it, handed it over to Roc Chabás, who guarded it at his house until, shortly before he died, he donated it to the Museum of Fine Arts in Valencia. 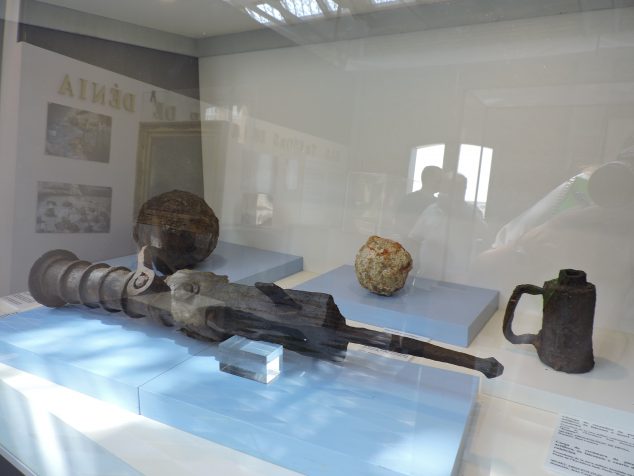 Falconete donated by Vicent Luis Moncho to the Museu Mar

The provenance of the falconet donated by Moncho is yet to be confirmed. It is a piece of artillery that was usually part of the equipment of warships as well as pirate or corsair ships. The gunwale can be admired in the museum together with a “32-pound” howitzer shell and another “12-pound” cannon, belonging to the ammunition with which the La Guadalupe frigate that sank off at the tip of the Sard de Les Rotes in 1799.

The shell shell is a donation made to the Archaeological Museum by Santiago Reyna Doménech. We will also find a magazine load of falconet artillery piece from a sunken military ship at the tip of the south jetty, belonging to the right “Kompas” and donated to the museum by Jean Castera.

Findings that provide “very important” information about the shipwrecks that have occurred off our coasts throughout history, either by accident or because of wars, and which, thanks to the generosity of donors, can now be enjoyed by all the public.

In this sense, the Councilor for Culture, Raúl García de la Reina, has personally thanked the donation to Vicente Luis Moncho and encouraged those who have underwater archaeological finds in their homes to donate them and allow them to be public and give much more value to the east Museo del Mar.