On Saturday 26 of January Ondara will remember the summer heat with the Mig Any of the Sant Jaume festivities organized by the Department of Festivals and Traditions of the City of Ondara, directed by Mª Carmen Velázquez. This year, again, children and pilota activities will be offered, parades, paellas, music, bous amb carretons, in addition to the evening party with live music, and entertainment throughout the day at the Prado, with bar and music service. 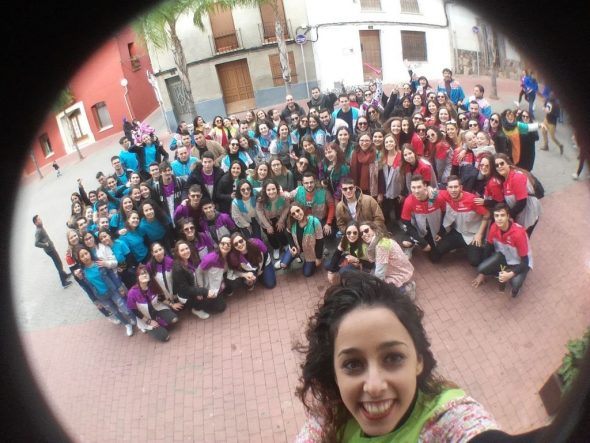 The activities will start at 10 hours with the opening of the playground with inflatables for children of all ages around the Prado, which will have a mechanical bull. The 10 will also be able to have lunch at the Prado (lunch on their own).

Parade of rocks and quintadas

At the 13 hours the parade will be held for clubs and quintadas, as on the day of Sant Jaume, with the musical accompaniment of the Xaranga l'Atril From the Social Center to the Prado, and at 14 hours, a paella will be offered (the tickets for the paella must be ordered at the Casa de Cultura de Ondara, at the price of 4 euros per person). During lunch and after hours, there will be a mobile disco with music "santjaumera" by DJ Montaner.

The youngest will once again enjoy the Mig Any de Sant Jaume with the release of the bous amb carretons in front of the City Hall at 17: 00 hours. Also at the 17 hours the pilot games of Mig Any will start at the Municipal Trinquet of Ondara. 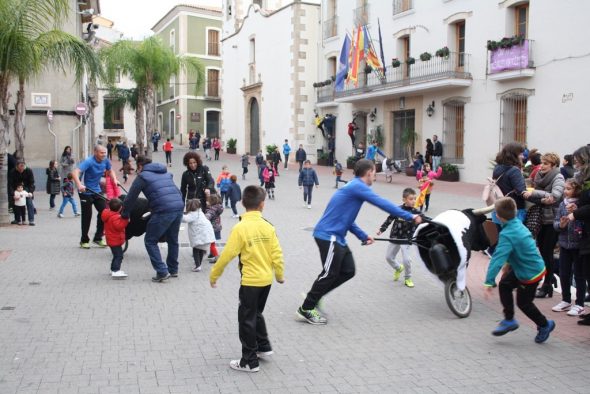 From the 18 hours will take place the musical party in the tent annexed to the Prado with the live performance of the orchestra No Comment. After the concert, the party Mig Any de Sant Jaume will continue at the leisure center of Ondara, which will offer a special program for this festival. 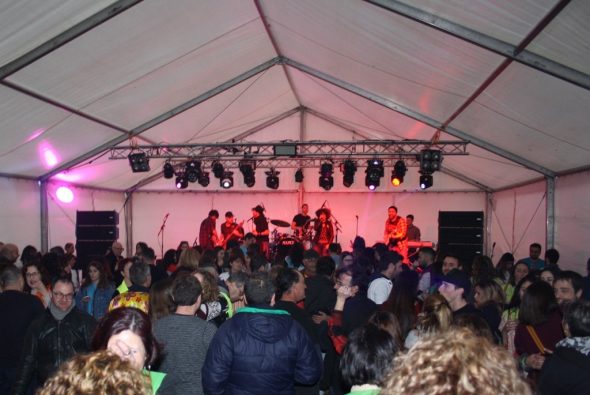 Throughout the day there will be bar service, and music inside the Prado. As for the inscriptions for the paella (4 euros), attendees must sign up and pay the corresponding ticket at the Casa de Cultura. The Councilor for Fiestas and Traditions, Mª Carmen Velázquez, has encouraged all the clubs and quintadas, and all citizens in general, to participate in the scheduled events, to live a festive day that serves to make a good time to all those who are looking forward to the arrival of the Popular Festivities of Sant Jaume. At the same time, he wanted to thank the collaboration of the Festival Commission of Sant Jaume, Bar Trinquet, Màxim Sound, and the Peña Taurina in the organization of activities.