For youth players CD Dénia A, comes one of the most exciting games they have during the season, to face Valencia CF "B". More considering that the Che set is the current leader of Group VIII of the National Youth League. This interesting match will be played on Sunday at 12 noon at the Ciudad Deportiva de Paterna and will be led by the referee, Marugan Ricart.

The dianenses come to tie in the last minute a party that was put uphill against the Alboraya UD. This point has been much moral achieved the guys who run Guillermo Santosjuanes. Everyone wants to perform well level against the leader they want to defeat. 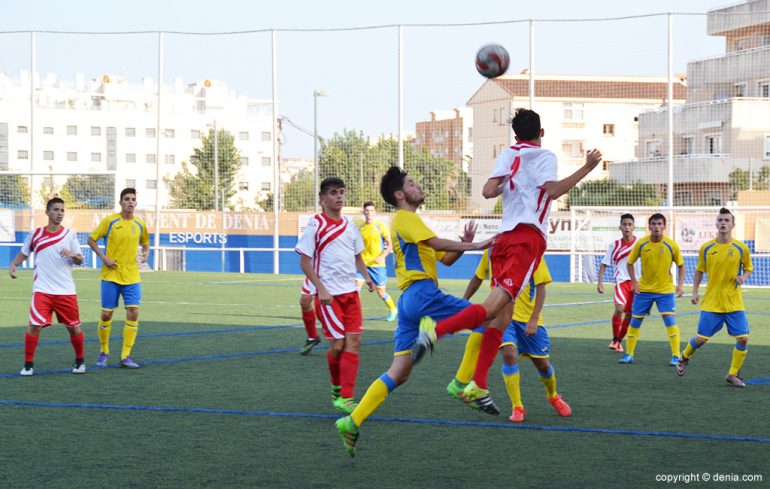 The company is complicated because the Valencian team that trains Javi Sanchis, comes to link five consecutive victories, against La Vall (3-1), Celtic Elche (3-1), Villarreal (0-2), UD Alzira ( 2-1) and Alcoyano (2-4). What shows that you are going through a great moment of form.

Looking ahead to this match it should be noted that in the ranks dianenses there is a very significant drop of Alejandro Campayo. The midfielder has been banned for one game after being sent off last Sunday.

Meaning that two players of Valencia CF will live this game in a somewhat special way, Pablo Seguí and Alberto Morera, the two servants in the Dianense quarry who will play against many of their friends and teammates.