The fire in Vall Ebo smoke filled the entire region

A fire that started at 11 hours by uncontrolled burning, swept through a forested area known as Solana del Garrofar in terms of Vall d'Ebo and Vall Alcalà. The column of smoke visible in several towns in the region. 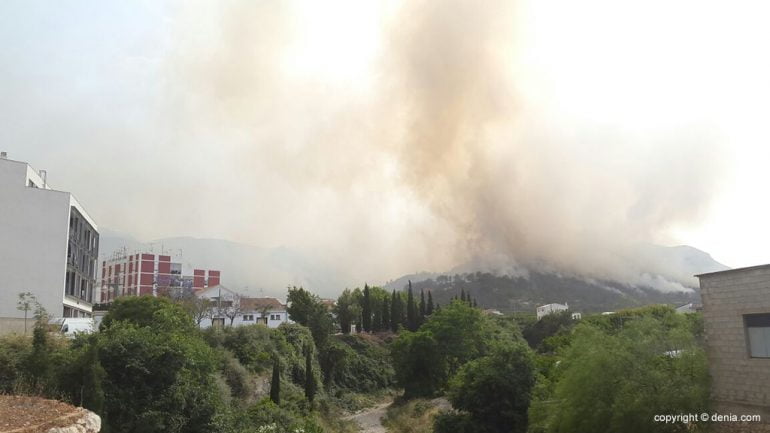 Allegedly, the imprudence of a neighbor when performing a burn has been the cause of a fire that despite the rapid action brigades emergency has forced the evacuation of 100 homes because of the proximity of the flames. The fire progresses very rapidly towards the town of Pego and neighbors have shared their masks because of the smoke that is in the pegolina population. 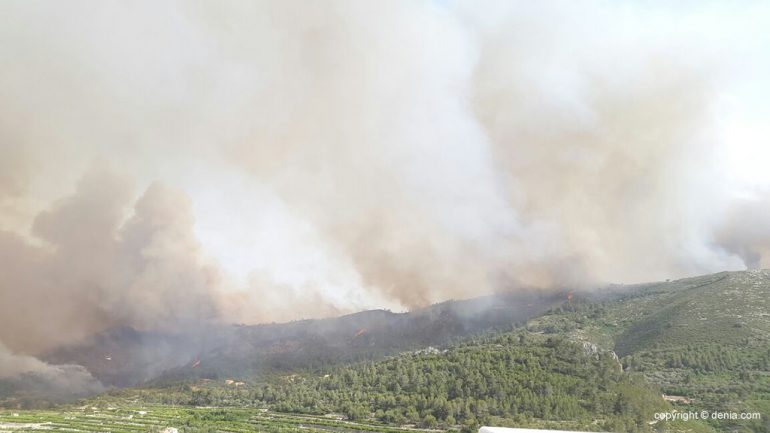 The strong wind and high temperatures recorded in the area are complicated extinguishment. There work seven emergency brigades with seven fire engines, an environmental agent, a forester and four parks Provincial Fire Consortium Alicante (Dénia, Elda, Benidorm and San Vicente del Raspeig), twenty-seven trucks and firefighters. Military Emergency Unit has been mobilized to incorporate it into the work of extinction. 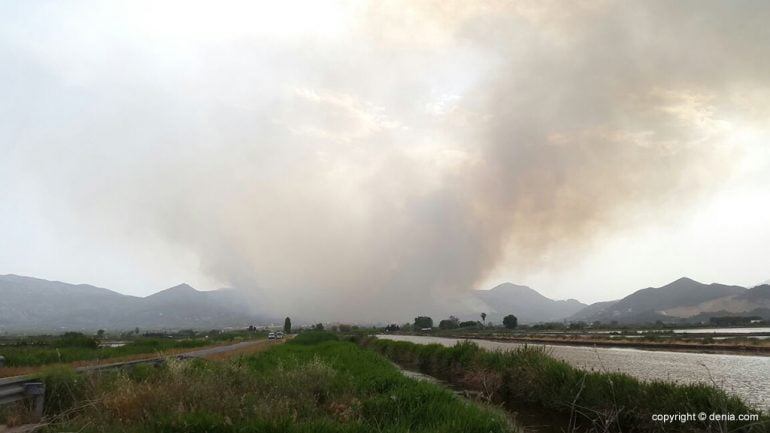