Red Cross has delivered Hospital de Dénia of a small electric ambulance. The vehicle, equipped with a remote control, will serve to accompany the little ones on their journeys within the health area. The initiative, led by the Red Cross Youth, is a new action, within the care and respite projects that it develops at the Dénia Hospital. The objective is to improve the well-being of admitted minors and their families. 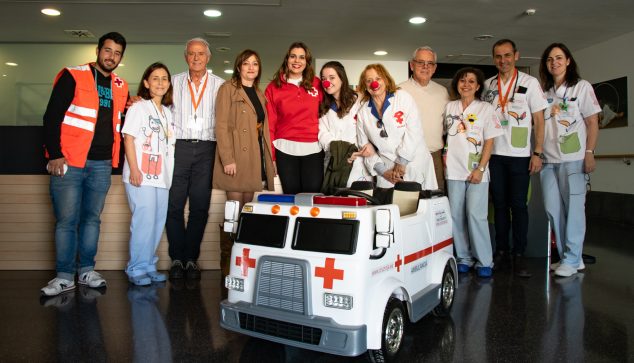 Delivery of the ambulance donated by the Red Cross Dénia

The donation was attended by the Director of Nursing of the Department of Health of Dénia -DSD-, Alfredo Moreno, accompanied by the Head of Service and the Supervisor of Hospitalization of Pediatrics, Josep Mut and Amparo Exojo; as well as the President of the Red Cross Dénia, Eduardo de la Morena, the President of the Provincial Health Commission, Ana Belén Quintanar and the Technical Director, Zahira Galindo, who have been accompanied by a group of volunteers from the project. 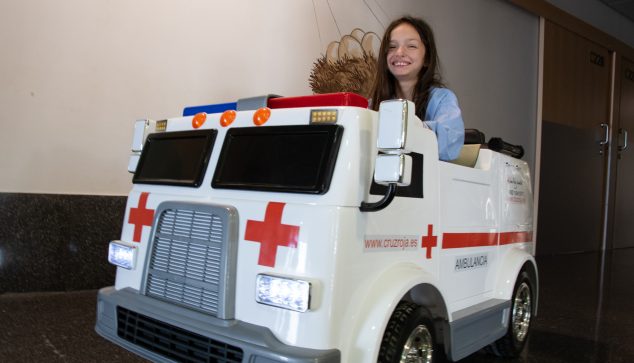 This donation is part of a provincial action that is being developed in several public hospitals in Alicante. In total, Red Cross will deliver eight small solidarity ambulances in several hospitals, which have been acquired with the contribution of own funds (thanks to the generosity of Red Cross members and partners in the province).