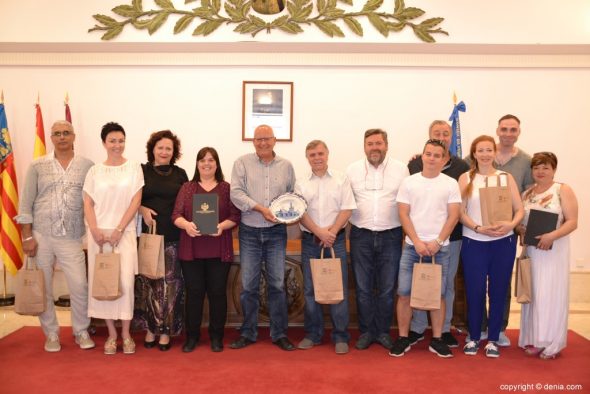 The group was accompanied on the visit by the director of the Mostra, Mario Pássero, and the Russian theater teacher of the Teatre Comarcal ETC, Svetlana Kartounova.

During the meeting there has been an exchange of gifts in which, on the part of Dénia, there have been references to the UNESCO Creative City of Gastronomy.

Kamernaya Esena will represent this Friday, at the 20: 30 hours, in the Social Center, the work The request of hand, by Chekhov, interpreted in the Russian language.