The Garbí Dénia could not with the CB. Elche falling at home to 24 26

The first minutes of the match played at the Municipal Hall of Denia were evenly matched. Attacks some defenses that were very comfortable blanditas were imposed allowing pitchers of both formations shots.

Halfway through the first half, the team from Elche got an 4 advantage, forcing the Dianense coach, David Salanova, to ask for time-out. After giving the corresponding explanations his players managed to react.

In an unfortunate collision the goalkeeper of Garbí Dénia I was injured. The worst is that the substitute goalkeeper was too. This circumstance sack concentration to dianenses who used his opponent to reach the break with a clear advantage of 8 to 16.

The rest was chosen because he was a player who defend the dianenses goal as the goalkeeper was not to keep stopping. Pedro García put the sticks. The start of the second half was even but from the minute 10, the dianenses managed to work well in defense and stole balls. Cutting four goals differences.

The comeback did not materialize in the end, but it was very close to her. could not be a new defeat to 24 26 he added. 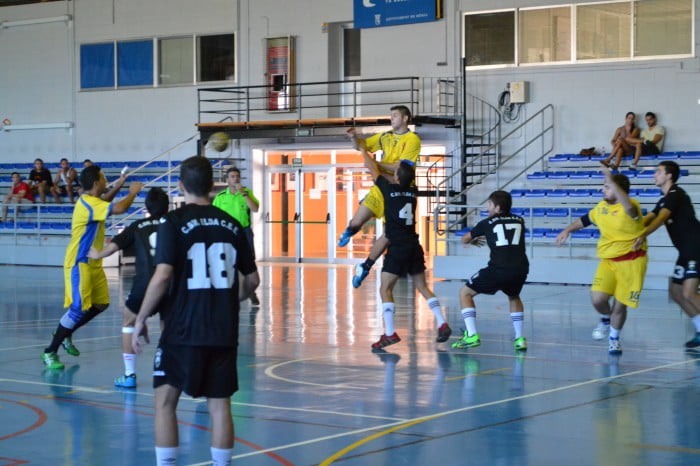