The craziest event for New Year's Eve: dinner at the AP-7 to say goodbye and leave it for free

As if it were a Berlanga movie, the most bizarre event has been called for this New Year's Eve. That you still don't have a plan? Well, look to see what you think of this fun option that has been viralized in recent days: a dinner at the AP-7 itself to say goodbye and get out of there without paying the toll. The same is not the best plan to end the year, but of course, and thanks to the liberalization of the highway that enters into force on the first day of 2020, it is the cheapest. 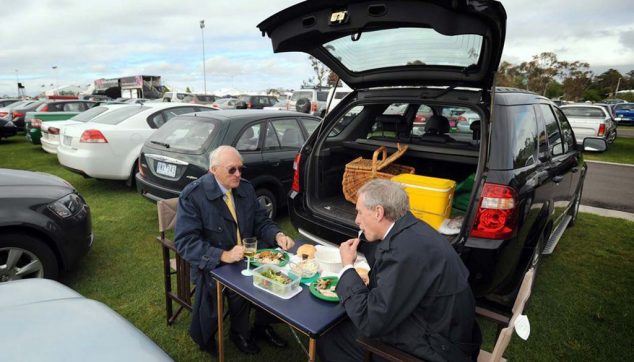 It sounds like a joke, and it could be, but they are already more than a hundred residents of the region who have shown their support for this idea that, for a few days, has become popular through social networks.

With dyes reminiscent of other crazy calls, such as the recent "assault" on the United States 51 Area, this "Sopar de pa i porta (del cotxe) per to say goodbye l'AP7". The programming is quite simple and is perfectly explained in the description of the event: "We celebrate the end of the year in the Sant Antoni service area (km. 613,2), entering through the Benissa toll at 22: 30 and leaving by Ondara toll at 00: 01 ... WITHOUT PAYING!".

If you are late to book for New Year's Eve dinner, at least you know you have the option to dine on the road and open a toll wide open.