The UC cycling team It montgó-ULB was represented by Ayda Parra, Carla Carrio and Javi Almela in the "International XCO-Cofidis" held in Chelva. A test held in a circuit worthy of a World Cup with spectacular descents, technical climbs, an obstacle zone, the now legendary "Rock Garden"Path and segments for which it was traveling at high speed. 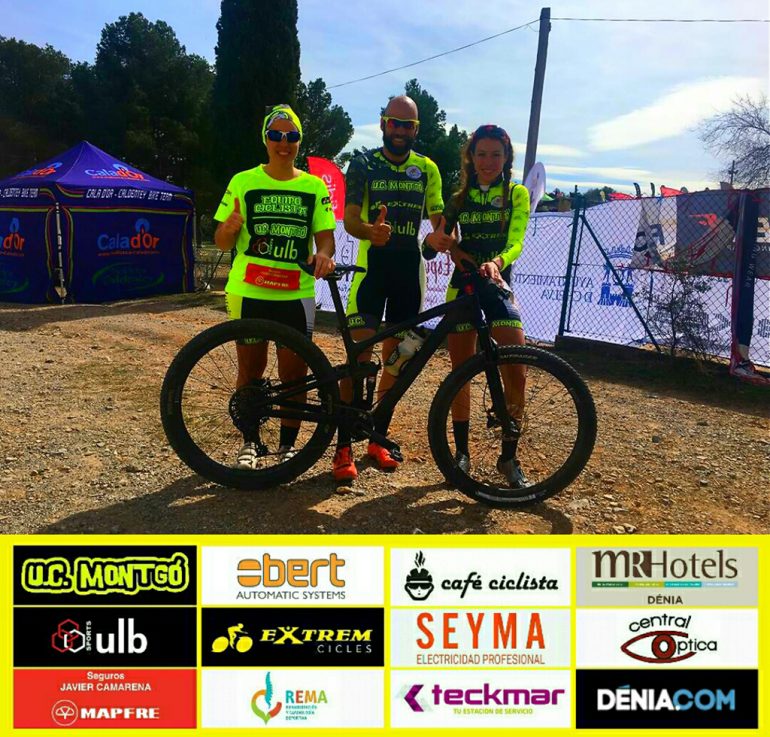 Javi Almela served as Master 17 30 in

In the Masters 30 the initial domain of Victor Manuel Maestra gave way to break Patxi Cia and Paul Egeda finally separated into goal by 41 "with Maestra finishing on the podium, but in third place at 2: 23 the winner. The representative of the UC Montgó Dénia, Javi Almela, finished in position 17ª.

Ayda Parra and Carla Carrió between the first 30

Ayda brokerages and Carla Parra Carrio in the women's Elite concluded the test in 25ª and 27ª position respectively. The winner was the Swiss, Lena Gerault, sub23 runner who finished ahead of Brazilian, Raiza Goul and Madrid, Alba García.

The next test will be the 26 March in the Valencian town of Navalón, the third points race of the Open MTB Valencia.