The National men's team of Dénia Basketball wins in Benifaió

The Senior Men's 1 National DBC SUMA team had no problems getting their second win of the course on their trip to Benifaió (47-103). The Valencians came to this day weighed down by injuries, which made it very difficult for them to maintain their tone against Bernardo Sanz and Pascual Miralles who, for their part, needed to put on a good match to strengthen their confidence.

The equality was only maintained on the field during the first 10 minutes, ending the first quarter with an advantage for the Dianenses of six points. Starting in the second period, the defensive level increased and based on quick transitions and absolute dominance in both areas, the match was broken, gradually widening the differences without encountering opposition from the hosts. 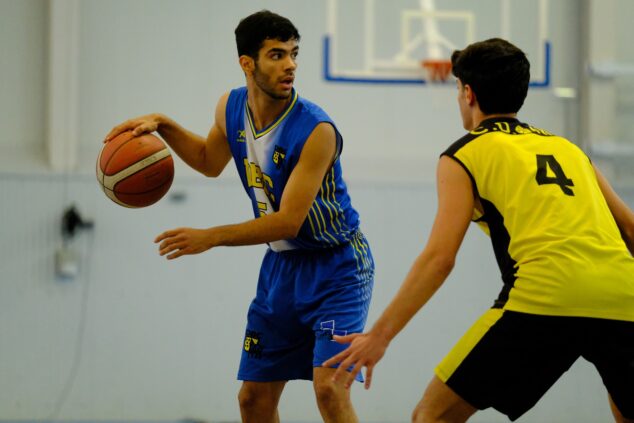 Very important victory to follow in the footsteps of the four teams that remain unbeaten after the first four games played.

Despite the fact that the competition has only just begun, the level of the league is proving to be very demanding and it will require all the effort to achieve the first of the objectives set. The first eight of each of the two groups will meet after the first phase in the qualifying rounds prior to the Final Four, in which promotion to the EBA League will end up being decided.

The team will play again as a visitor next week, this time having to travel to the always complicated CNB Xátiva stadium, a rival with whom we reached matchday five tied in the standings.

37.861
4.445
12.913
2.460
We use cookies necessary for navigation and traffic analysis. We do not use cookies that provide us with personal data or advertising cookies.
More optionsACCEPT
Manage consents