The municipal group of Popular Dénia has filed a motion in the city council to request the city's membership of the World Network of Older-Friendly Cities and Communities. This will be debated and voted on in the next ordinary plenary session that will take place on Thursday, October 29. 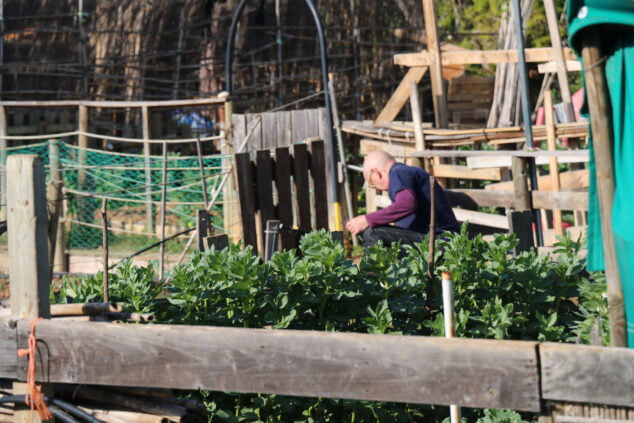 Retired in one of the urban gardens of Dénia

Motivated by the particular attention that older people require, the party led by María Mut has made a series of proposals to adapt Dénia to this group. And to guarantee that they can be carried out, the popular have asked the government team to take whatever measures are necessary and pertinent to launch the application to join the global network of cities and communities friendly to the elderly.

"The importance and care of our group of elderly people in the city of Dénia, regardless of their demographic representation, which in our case represents 26,43% of the population, has always been a present issue in all of Dénia's local politics ", states the document presented by PP.

By joining the World Network of Friendly Cities and Communities for the Elderly, Dénia would become part of the many cities in Spain that have advanced in this project.

What is the Global Network of Older-Friendly Cities and Communities?

The Global Network of Older-Friendly Cities and Communities was promoted by the World Health Organization (WHO) in 2010 in response to the rapid aging of the population and with the aim of connecting cities, communities and organizations around the world with the common vision of making their environment a better place to age with dignity and quality.

It is an initiative focused on local action, which comprehensively addresses the aspects that affect the day-to-day life of towns and cities and does so by promoting the participation of older people, taking into account their needs, opinions and proposals in the process of analysis and improvement of the locality in various areas, with the ultimate aim of promoting healthy and active aging.

The mission of the Network is to stimulate and encourage cities and communities around the world to be increasingly friendly to the elderly, and it does so through: