The enormous economic potential of teleworking: Dénia as a base for global workers

They can work anywhere in the world, but they choose to live here. Its clients are spread across different countries and they work "remotely" using technology. This profile of teleworker feels a great attraction to settle in places where there is quality of life. To this we must add that the experience of confinement has shown us as a society that telework is here to stay.

"With this pandemic the future has been anticipated"Says Nacho Muñoz, businessman developing e-commerce projects. We talked to him about the possibilities that Dénia has to diversify its economy. We have an excellent hospitality and tourism sector, the base of our activity, but which is suffering a lot from this coronavirus crisis. How can we make ourselves resistant to any circumstance? At Dénia.com we promote a discussion forum about our economic model: where to go to be strengthened for the future. These are some of Nacho Muñoz's ideas. 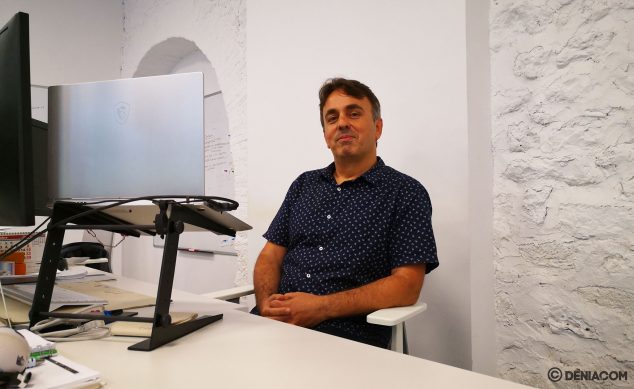 Nacho Muñoz, at his workplace

"My clients are anywhere and I work from Dénia"

He is a good example of a teleworker established in Dénia, and has witnessed many cases of this type from his position in a well-known coworking. Coworking, literally "co-work", implies that several independent professionals or small companies share work space in the same office. It is a world trend, which takes place earlier in large cities: "Here in Dénia it costs more, we are more traditional, people think that to have a company you have to give the image of being in your own office, as if sharing a table was seedy"Muñoz confesses. But the truth is that, in addition to lowering costs, it provides mutual enrichment between different entrepreneurs. As Muñoz explains, "Synergies arise between us, at the next table there may be a person who can solve a problem for you, and later you can do it for them."

Nacho Muñoz arrived in Dénia in 2013. He has an e-commerce project development company, Magestio Development, and is a founding partner of the coworking Knowhere. Asturiano, from Oviedo, graduated in Business Administration and Management, came to the world of programming when the Recoletos Group signed him to train him in the field. He worked first in Madrid, then in Valencia, until he landed in Dénia and stayed. "My clients are anywhere, so ... What better than living in Dénia?"

This term defines exactly the people who can work remotely from wherever they want, those people who move around the world always with work in tow. The idea is to take advantage of the attractiveness of the Marina Alta to seduce them, to increase their length of stay, the frequency with which they come or to do so in the low season. Even for them to decide to settle here. Companies are increasingly inclined to allow teleworking, so the scenario is favorable. In fact, many already rent or sell their headquarters in the center of large cities. "It is our opportunity to position the region as a pole of attraction", says Muñoz.

"You can work for anyone anywhere in the world and live here, where you live very well."

Nacho Muñoz also looks at the companies that incentivize their workers with off-routine seasons "team building" or doing coliving (coexistence). These actions serve to help workers build networks of cooperation among themselves, to reward them by taking them out of their daily lives, or even to meet each other in person if they have never physically coincided with their colleagues. "Companies reward them by sending them to nice places. Instead of sending them to a big gray city, they take them to attractive places", explains Muñoz. This is where Dénia and the entire Marina Alta would play an important role in positioning itself as an attractive destination for this "business tourism". 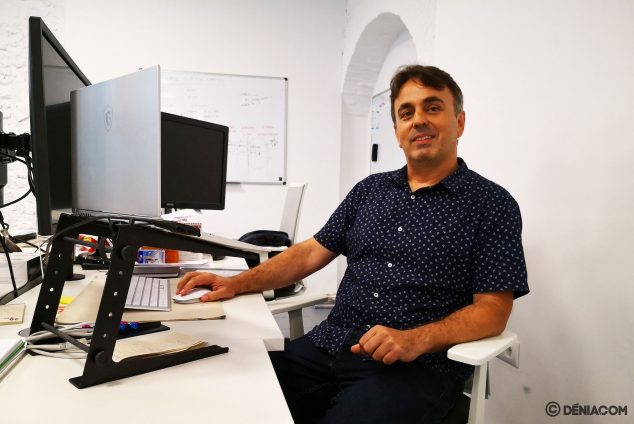 "Right now we are in the urgency of digitization", explains Muñoz. Quarantine has come in handy for anyone who had a store online, because it has become their lifeline. And those who did not have it, have seen the enormous need to implant it, which is why the demand has increased a lot. Even giants like Inditex are betting on digitization, even though they have thousands of physical stores.

The recommendation to customers is always to use the online marketing to attract people to your e-commerce. But in places with a lot of tourism like Dénia, you can also use another weapon: "Whoever visits your physical store breaks the barrier of trust, and it is much easier for them to also buy you online later", says Muñoz. For this reason, he recommends that his local clients take advantage of the influx of tourists to retain their loyalty so that they later also buy from them. online. "They know you in person and trust you more than the coldness of a E-commerce they don't know who is behind it. "

"If we used the inexhaustible source of energy that we have on our heads, everything would change", says Muñoz. Until a while ago, the use of solar energy was highly restricted through the so-called "sun tax", but this was repealed in 2018. "With the number of hours of sunshine we have in our area, we could open an incredible economic route, not only for domestic use, but for communities, for large entities and companies." This opens a large business niche and also the possibility of launching adapted training so that the workforce also leaves our environment.

On the other hand, Nacho Muñoz notes that our gastronomy and tourism model is very good, and "it has to continue like this", but he remembers that it is convenient to promote a type of seasonally adjusted tourism that takes advantage of the resources of the interior of the Marina Alta. "If you go to my land, to Asturias, you have a clear idea of ​​what product to take. But you come here, and you think 'What am I taking?' there is. It would be a matter of uniting everything: gastronomy, product and culture. Because it would also be very good to promote cultural tourism by generating a strong offer ", explains Nacho Muñoz.

"I think that training should adapt a little more to what the market demands. For example, programming creates a lot of jobs, there is more demand than supply, but nobody pays attention to that", explains Muñoz. As we have spoken, there should be specific training dedicated to solar energy, and also to another great potential of our area: nautical. "I am very surprised that there is no training in these fields", says Muñoz. On the other hand, the businessman has the feeling that we may be delving into some mistakes that were already made in the 2008 crisis: "The same thing is being done again, money is being taken out of construction, sale and rent. If the cost of rent continues to rise, the workers will not be able to settle in our city. Let's not make the same mistakes."

Citizens can send, via email, their questions to the ordinary plenary session
21 September 2020

World Alzheimer's Day: How to prevent it?
21 September 2020
Leave your comments