The draw of the CD. Dénia against UD. Canals leaves you with no options more smoothly

El CD. Dénia He tied one against UD. Canals in the match that was played in the Field Diego Mena. It was a game where few precautions and leave few options other goal. 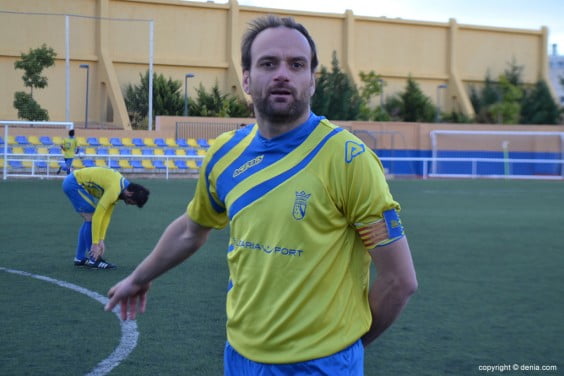 Players from both formations knew it was an important game and that had caused many precautions. Markings were very narrow and the first arrival the area was the visiting team. Voro shot went near the local goal.

In the 18 minute, Ramonet launched on Dianense frame, the ball crashed into the wood and reject what I take Franc Giménez to score the first goal of the evening. Dianenses reacted well to the goal and took over the game. Mono shot with danger but his shot stopped him Canals goalkeeper.

The team led by Fernando Maestre, Continued to attack Carlos Ribes He shot over the bar. Then it was Josep who was about to tie a ball that saved Franc Giménez and other clear but his shot Panucci had brought him a defender in the same line. Dénia ordered a penalty by the hands of a visiting defender, the referee said.

The second half began well for dianenses as two minutes Mono was brought down inside the area and the referee pointed to the penalty. Gervasio He launched very tight beating Javi Lloret.

After the tie remained the domain of Dénia, but Valencia closed well and local attacks did not find the goal award. the minute 68 Ramonet put a good ball to Guillem who also happened to beat Maxi. Five minutes left, Carlos Ribes had it for Denia, but his shot rejected an advocate avoiding the goal. At the end of the match it came with a tie allowing Valencia to continue another day as leaders while Dénia can not fail over if you want to enter ascent promotion.

Referee: López Herrero; He is shown the yellow local, Alex, Carlos Ribes, Paco and Elies. And visitors to Bonet and Aguilera.