The Dianense player, José Luis García, "Pepelu", Has received the welcome news of being one of the summoned by the technicians of the Spanish Selection Sub 20 that will dispute the" XXXIII Cotif Tournament ", which will be played in L'Alcudia, from July 24 to August 4. 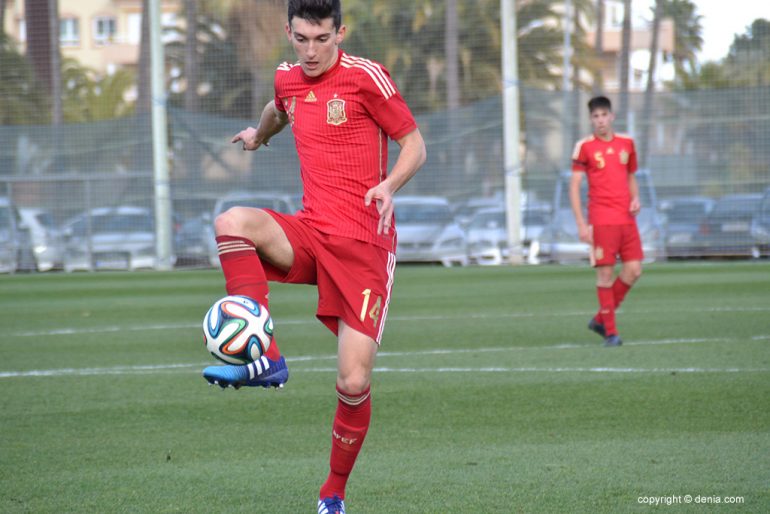 In this edition of this prestigious international tournament will feature national teams. The Spanish team has been drawn in Group A and will rival the national teams of Bahrain, Mauritania, the United States and Venezuela. In group B are Argentina, Mexico, Qatar, Costa Rica and Morocco.

The debut of Spain will be Monday 25 of July at 21: 15 hours against Bahrain. On Wednesday 27 at the same time will be measured in Mauritania, on Friday 29 at 22: 30 hours will play against the United States and close the first phase, on Sunday 31 at 20: 30 hours against Venezuela.

Pepelu return to a tournament where the issue was 2014 chosen as best player of the same. On that occasion the Dianense I played with the youth team shirt Levante. Now it will do with the elastic national team and that always fills him with satisfaction.