President of the Federation of Moors and Christians of Dénia, Miguel Ángel Fullana, has shelled the details of the festival program this year, which begins on 30 July to swim across and held their great days of 13 to 16 of August.

One of the major developments that appears in the program of events is the landing of the Moorish troops, to be held on Saturday August 13 and which this year has opted to strongly from FEMMICC. And the federation wants this event to become one of the main programming because "Dénia has the necessary characteristics so that its landing is a reference". 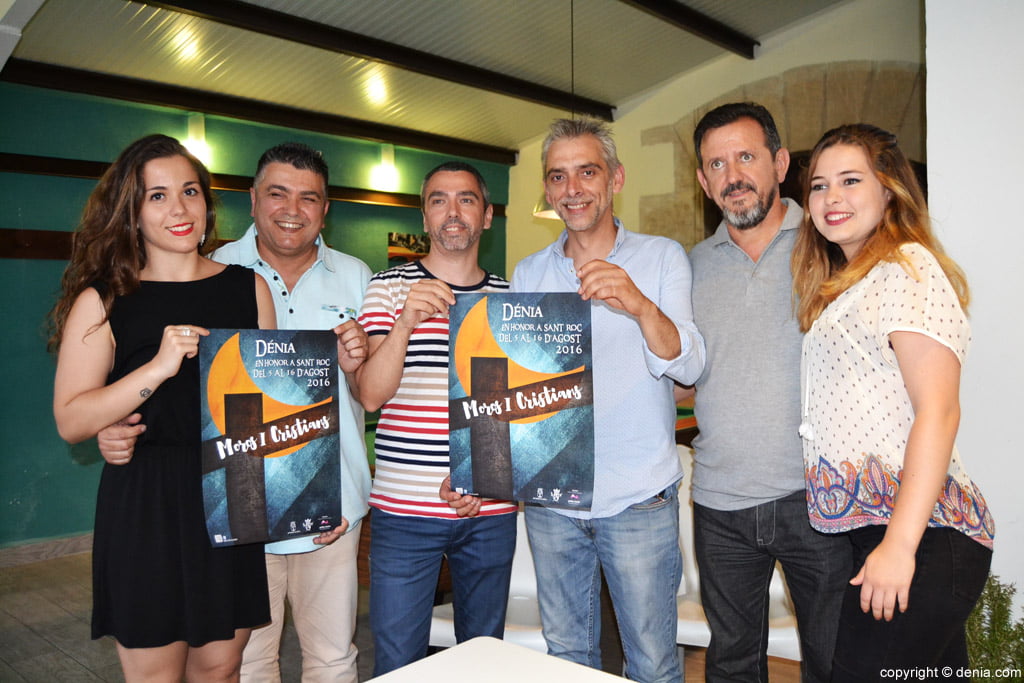 This time the landing changes location and moves to the beach of the Punta del Raset where until now it was installed Saladino. It will start at 20: 00 hours and announce it as an event "novel, with improvements and on the beach" in which a specific committee within the Federation has been working incessantly to differentiate it from other years way.

Another innovation that includes FEMMICC this year is the "Starts" of the gala parade to be held on Monday, August 15. That day the squads will be formed several meters earlier than they have been doing in recent years, on La Mar Street, and at its height at the height of the Paddy O'Connell pub there will be a speaker with public address system that will announce the names of the ends of squad, troo primers, captains, bands and pieces of music that will be performed during the parade. With this improvement in the parade, the president hopes that the work of all the lines will look even more on such a special day.

Parties Moors and Christians In honor of Sant Roc, they will start on July 30 with the swimming trip organized by the Mayorales to be held in L'Estanyó. The día viernes 5, At 20: 30 hours, José Enrique Garrigós deliver the opening speech of the party start in the Plaza del Consell, and then dinner gala in the Halls El Poblet be held.

El Sunday 7 August paellas contest of Sant Roc will be held in the Calle Marques de Campo from 12 in the morning and evening will star music concert pieces festeras offered by the Artistic Agrupació Musical de Dénia at 20: 30 hours in the Plaza del Consell. This concert FEMMICC president announced that will be led by a famous composer of Moorish and Christian marches which did not disclose the name. 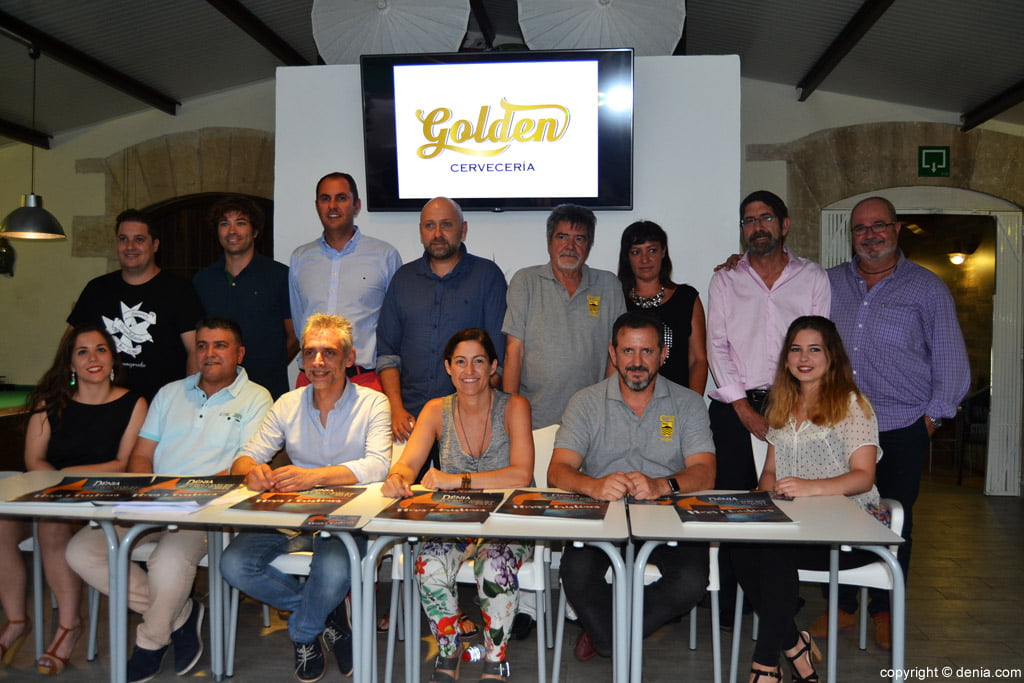 The party will continue the Tuesday August 9 the reception of Christian captaincy, FILA Cavallers of the Me'n FotAnd the subsequent festera entraeta by Pont, Foramur, la Mar, Diana and Marqués de Campo streets. He Thursday, 11 It will be the turn of receipt of the captaincy blackberry, FILA waliesWhose entraeta will pass through the streets Pintor Victoria, Cándida Carbonell, La Mar, Diana and Marqués de Campo. Both begin at midnight.

The big days of the party will come Saturday August 13. In the morning there will be the traditional visit to the Santa Lucía Nursing Home, at 11 hours, and in the afternoon the disembarkation will take place at the Punta del Raset beach. Then the camping dinner will be held in the final section of Marqués de Campo.

El Sunday 14 August the protagonist will be for the little ones with the children's parade that will tour the center of Dénia from the 19: 30 hours. At the end, the bands that have participated will make an entry with the reverse route to finish in the Plaza del Consell and interpret, together, three pieces of festive music.

The great day of the Moors and Christians in Dénia be the Monday August 15When the great gala parade through the streets La Mar, Diana and Marqués de Campo from 19: 00 hours. For the occasion, the captaincies of this year promise two boatos of those who would not shell the details.

The last day of holidays, Tuesday August 16, Sant Roc day will begin with a Mass in honor of the patron at 11: 30 in the Church of Our Lady of Asunicón. In the 12: 45 hours Christian harangue and battle arabucería by Foramur and La Mar streets to finish in the Plaza del Consell be held. There, in the afternoon, starting at 19: 00 hours, parliament, surrender and fog miracle will take place. In the 20: 30 hours begin the procession in honor of the patron and 21: 30 be held the last act of holidays, retreta, ending with the final shot 2016 parties.

Pedro Roque, author of the poster of this year

The banner announcing this year's festivities is a design by the festive Pedro Roque, from the Bàder Bierbers, which he has done in an altruistic way for the party. As a novelty, it includes a QR code that will allow access from any mobile device, with a simple scan, to the Facebook page of FEMMICC where you can consult the detailed information of the programming of the party. 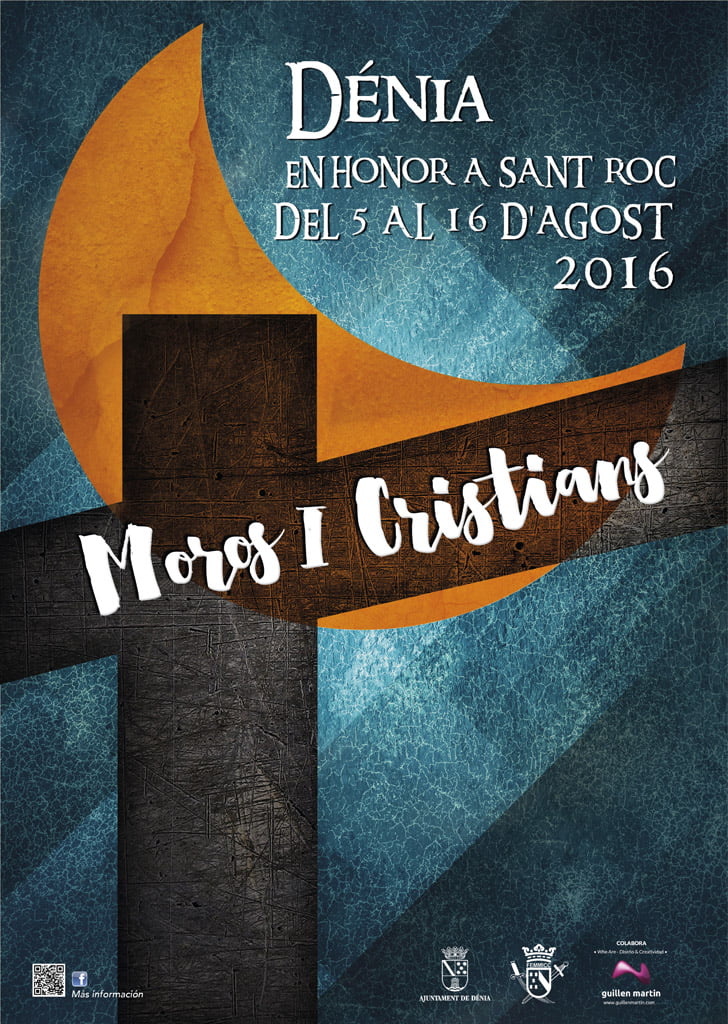