Dénia has to add to the Utiel to drop out

Dénia arrives on the thirteenth day of the Third Division league championship, with the urgent need to score points. The dianenses receive the visit of the Utiel, in a clash that will be played tomorrow, at 16 hours, in "Diego Mena". This meeting will be led by Valencian referee Felguera Montero.

During the week it has lost a bit of calm from the directive itself, but everyone knows that nerves Left alone adding a victory. The evil of Dénia in recent days is that it fits a lot of goals.

The opponent is going to have in front the whole Marina, it is one of the powerful category. He is sharing leadership with La Nucía. His baggage away, indicates a team that does well playing away. He has scored three wins a draw and two defeats.

Valencia team coached by Alfonso Langa reaches Dénia with many casualties in its workforce; Fernando Simó, Carlos Prieto, Enrique, Aitor, Javi Vera, are injured. A few weeks ago they left the team, Fageca who left the Wall and Sunday.

All this has caused that it has had to reinforce, this same week, has signed the Cameroonian player, Bibí, an end that has arrived from the Hellín.

In the ranks of Utiel militates a former Dianense, Victor Cardona. All the fans keep a good memory of their time at Dénia. She is a specialist in hitting the ball, so Dénia must be careful not to commit fouls near the area.

The Dianense technician can modify your team regarding who has played the last two games. Recovery Gervasio It is complete and can be a player that comes very well with the team.

The staff needs more than ever the spirits that can come from the stands. This is a vital match for the immediate future of the team, which has to leave as soon as possible the relegation places.

Dénia start can be made up with an eleven; Nico in goal, a defense composed by; Escobar, Alex, Garrido and Baxauli. Acting in the double pivot; Gervasio and Victor. In the midfield, Dani Garcia, Cristián and Ferrán and as more offensive player, Roberto. 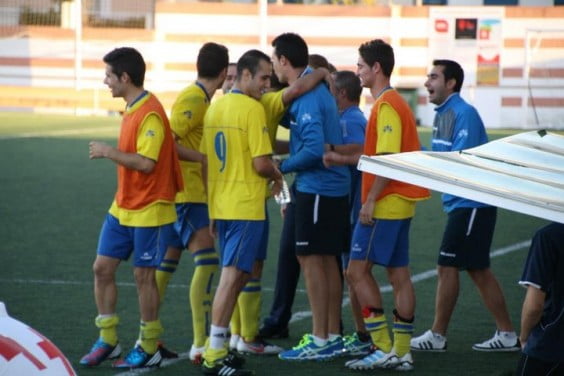 The Dianense staff wants to return to winning ways.